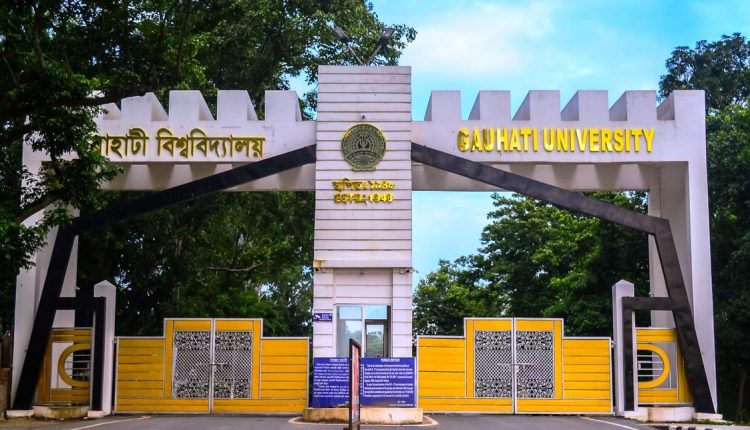 AFTER WRITING A LETTER TO CM CONFLICTS LIKE SITUATION AROSE

GUWAHATI July 06: The conflicts between Guwahati University and Assam Governor Jagdish Mukhi on the issue of closing jobs of contractual teachers has escalate.

vice-chancellor PJ Handique on Monday wrote to chief minister Himanta Biswa Sarma, seeking his advice to break the impasse in the state university after the students’ union and teachers’ body refused to agree to the governor’s directive.

“The chief minister has got the urgent letter from GU. We are expecting a solution with his intervention as all roads were closed after the governor said no to prolongation of the services of the contractual teachers,” a senior official of the university stated.

Closing of the jobs of the contractual teachers has reduced the existing faculty strength of the university by 20% and it’s going to harm some of the most sought-after courses in commerce and law, among others. A high-level talks held in the university on Sunday evening decided to bring the matter to the academic council of the university, which is the highest decision-making body in academic affairs. The same will also be brought to the executive council of the university for a indication Conclusion. However, the views of the members of the two committees headed by the vice-chancellor is going to be cretical.GU vice-chancellor PJ Handique has already told the media that he had to issue the directive by going against his will as the instruction came from the chancellor of the university, Meanwhile Gauhati University Teachers’ Association (GUTA) on Monday approached GU registrar, demanding take back of the termination order issued on July  “GUTA demands the administration to take proactive actions for creation of additional posts in those departments where contractual teachers are appointed,” py Bikash Gogoi. “GUTA demands the GU administration to take proactive action as to maintain the academic sanctity, academic environment and academic standard of the university. Under those circumstances, GUTA shall stand solidly behind GU administration,” read the memorandum.

As per to the university sources, about 50 contractual faculty members will lose their jobs if the decision is not analysis.