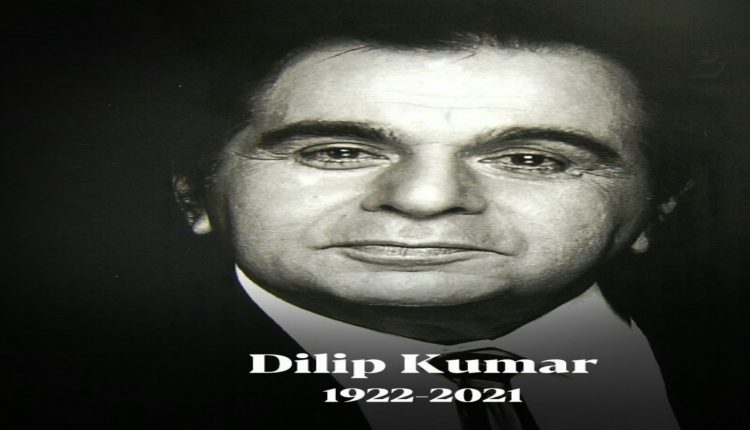 The actor had been witnessing old age-related health issues for the last few days and was admitted to the intensive care unit (ICU) of Mumbai's Hinduja Hospital on June 30.

GUWAHATI July 07: A legendary actor who has been suffering and admited to Hinduja hospital (Mumbai) since couple of months due to Breathlessness issue ,Dilip Kumar was earlier admitted to same Hospital on June 6 in the same month due to Episode of Breathlessness Dilip Kumar breathed his last at 7.30 am Wednesday in Mumbai’s Khar Hinduja Hospital at 98.He was admitted to Hinduja hospital in Mumbai after he was complaints of breathlessness. He is survived by his wife Saira Banu, a veteran actor herself.

The actor’s official Twitter account also confirmed the news of his death, “With a heavy heart and profound grief, I announce the passing away of our beloved Dilip Saab, few minutes ago. We are from God and to Him we return.”

AFTER WRITING A LETTER TO CM CONFLICTS LIKE SITUATION AROSE