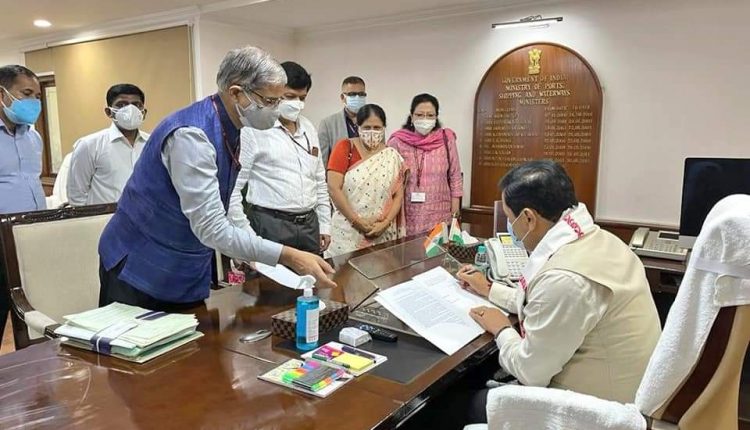 Inducted into the Union Cabinet in a major revamp on Wednesday, Sonowal has also been given the charge of the Ministry of Ports, Shipping, and Waterways. 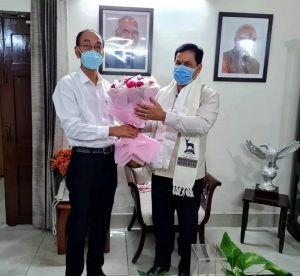 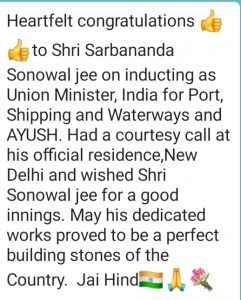 On the very day Mr.gyanendra Nigombam meets and felicitate Dr.Rajkumar Ranjan Singh who also hails from the same state Manipur on his successfully inducted in new Modi’s cabinet. Shared on Social Media post as well expressing : 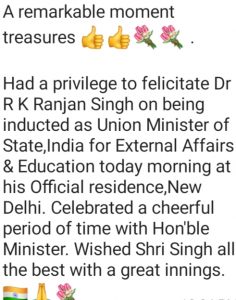