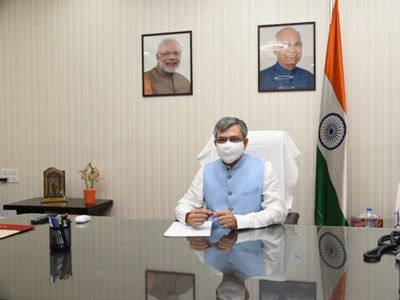 GUWAHATI,july 17: After taking oath as a Union Railway Minister on 7 July in PM. Modi’s cabinet new railway minister have seen very active and doing enquiries about the needs of the Railway department,

Ashwini Vaishnaw also inspected the Vadnagar railway section and travelled in a rail engine along with the locomotive pilot. Yesterday, Prime Minister Narendra Modi inaugurated a revamped Vadnagar railway station where he used to sell tea during his childhood days.

During various public addresses, Prime Minister Modi had mentioned how he used to sell tea during his childhood, sharing his journey from a tea seller to the head of the government.The entire Vadnagar railway station has been given a heritage look.The tea stall, where PM Modi used to sell tea, is still there at the railway station.