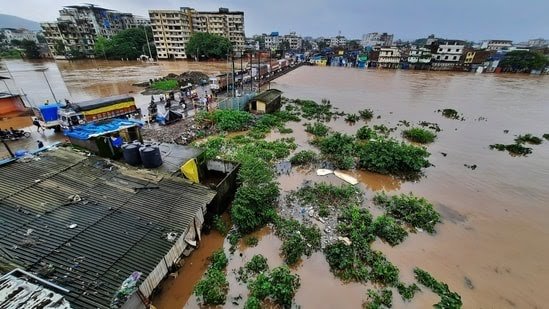 Chief Minister Uddhav Thackeray, who held an emergency meeting to review the situation in the Konkan, assured that rescue operations were proceeding speedily

According to the reports, around 30-35 houses were instantly buried when a major landslip occurred at Taiye village in Mahad on Thursday evening.

Expressing fears that the toll could rise further, Minister of Relief and Rehabilitation Vijay Wadettiwar said that 15-20 persons were still not accounted for.

While the majority of the rescue operations were being carried out by locals, NDRF and SDRF teams could only reached the spot today’s morning.

Appealing to people to remain put in their houses, Raigad District Collector Nidhi Chaudhary said that drinking water and food had been provided for those rescued in the Taliye incident.

Meanwhile, there were reports of two more people killed in a landslide in Satara district while 17 others are said to be trapped in a similar incident in Birmani village in Ratnagiri’s khed taluk. 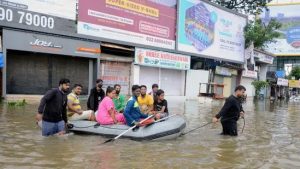 Chief Minister Uddhav Thackeray, hold an emergency meeting to review the situation in the Konkan, assured that rescue operations were proceeding speedily and that the government’s priority was to save lives at any cost.

“Unfortunately, in Taliye more than 30 persons have lost their lives in a landslide now, heavy downpours have begun in Nagpur in Vidarbha as well. Our priority is to ensure that there is no loss of life. NDRF, Coastguard, SDRF and local teams have been mobilized on a war footing in the shadow of the COVID-19 pandemic,” Mr. Thackeray said.

He said that rescue teams were facing enormous problems as in several places, roads had been utterly damaged or washed away by the floodwaters or rockfalls, especially in villages and hamlets in the mountainous tracts. 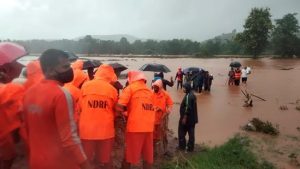 “The situation continues to remain grave as it was yesterday and will continue to be like this for the next couple of days, going by IMD warnings…at several points, NDRF teams have had to hew a path to reach the spot of accident We are making all provisions to take care of those who have lost their houses in the rains. While nobody can estimate the extent of rainfall or predict landslides like this, we are combating the crisis despite the pandemic,” Mr. Thackeray said.

While the Chief Minister said that reports on casualties were filtering in only now, Mr. Wadettiwar estimated that at least 44 persons had lost their lives across the State in different incidents of landslips or being drowned in floodwaters.

Heavy showers continued to lash tehsils like Mahad throughout the day.

“The rain gave a break after 2 a.m. this morning following which floodwaters, too, have begun gradually receding. However, until then, Chiplun faced a harrowing time,” said Maharashtra Minister Uday Samant, who represents the Ratnagiri Assembly constituency.

Authorities said that more than 400 persons had been rescued by NDRF, SDRF teams since early morning today.

Mr. Samant said that electricity was expected to be restored over the next 48 hours.

More than 120 bunds, dams and waterworks have been submerged by the overflowing river waters while traffic along the Pune-Bengaluru National Highway was completely shut after the waters of the Vedganga River spilled the highway at Nipani.

FOUR POPULATION CONTROL BILLS TO BE INTRODUCED IN LOK SABHA