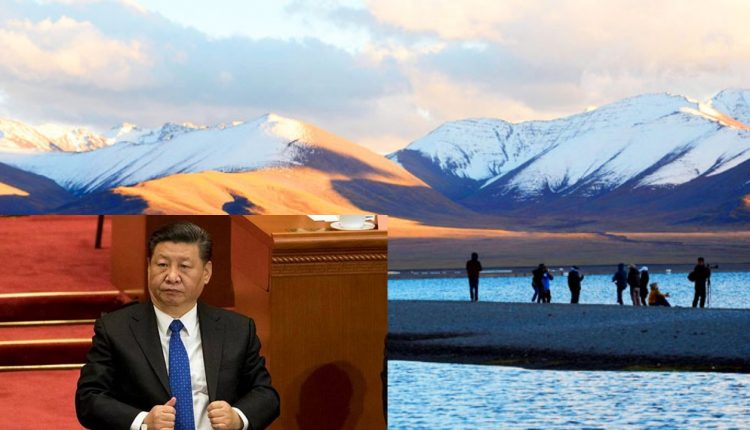 GUWAHATI,july 23:  China’s President Xi Jinping records for the first time amongst ex-President of china, in this week xi Jinping became the first Chinese leader in many years to visit Tibet as well as its southeastern border region with India, as he inspected a newly opened and strategically important railway line.

The official Xinhua news agency reported on Friday Mr. Xi arrived in Tibet on Wednesday, landing at the airport in Nyingchi, a town near the border with India’s Arunachal Pradesh. The Xinhua report said Mr. Xi drove to the Nyang river bridge to inspect the Yarlung Zangbo river, or Brahmaputra river — the Nyang is its second largest tributary. He also visited Nyingchi town and its railway station to inspect the newly built Sichuan-Tibet railway.

Videos circulating on social media all through Thursday showed Mr. Xi had also visited Lhasa. Friday’s was the first official confirmation of the visit. This is Mr. Xi’s first visit to the Tibet Autonomous Region (TAR) since taking over as the general secretary of the Communist Party of China in 2012. He had visited in 2011 when he was Vice-President.

“Xi’s visit to Lhasa in 2011 was on July 21 that year, supposedly to mark the ‘60th Anniversary of the Peaceful Liberation of Tibet’, although no one’s sure why that date was chosen — it’s usually May 23. So yesterday could have been considered by the PRC as the 70th Anniversary,” observed Tibetologist Robbie Barnett on Twitter.

The Seventeen Point Agreement was signed on May 23, 1951. China refers to the agreement as heralding what it calls “the peaceful liberation of Tibet”. The agreement has been rejected by the Dalai Lama, who has said the Communist Party had both forced it on Tibet and subsequently violated its commitments, leading him to eventually flee to India in exile in 1959.

Mr. Xi’s visit to Lhasa and the Potala Palace is expected to mark the anniversary. His visit to the border region and Nyingchi assumes particular significance coming a month after China started operating the first bullet train line in Tibet, linking Lhasa to Nyingchi near the border with Arunachal Pradesh.

The China State Railway Group said that the 435-km line, on which construction began in 2014, has a designed speed of 160 kilometres per hour and would connect the capital city of the Tibet Autonomous Region to the border city of Nyingchi with a travel time of three-and-a-half hours.

The Lhasa-Nyingchi rail is one among several major infrastructure projects recently completed in Tibet’s southern and southeastern counties near the Arunachal border.

In the Last month, China completed construction  according to their planned highway through the Grand Canyon of the Yarlung Zangbo river, the “second remarkable passageway” to Medog county that borders Arunachal.

The Lhasa-Nyingchi rail is one of the part of the Sichuan-Tibet railway line linking the two provincial capitals, a strategic project deemed important enough for President Xi to officially launch it and described by the Chinese leader as “a major step in safeguarding national unity and a significant move in promoting economic and social development of the western region.” This will be the second railway line connecting Tibet to the hinterland, following the already open Qinghai-Tibet rail.

The first section of the new line, from Chengdu, the provincial capital of Sichuan, to Yaan, was finished in December 2018, while work on the 1,011 km Yaan Nyingchi line will compete the entire railway line by 2030. Zhu Weiqun, a senior party official formerly in charge of Tibet policy, was quoted as saying to state media the railway will help “transport advanced equipment and technologies from the rest of China to Tibet and bring local products out”. “If any scenario of a crisis arrised at the border,” he said, “the railway can function as a ‘fast track’ for the delivery of strategic materials.”

TOKYO OLYMPICS:COUNTDOWN BEGINS TO THE OLYMPICS OPENING CEREMONY ON FRIDAY