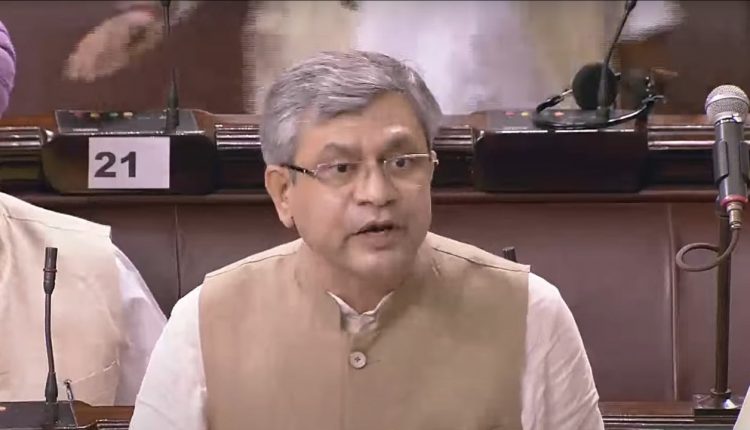 DELHI,july 23: As the monsoon session in the parliament is going on, The Trinamool Congress  Rajya Sabha MP Shantanu Sen is suspended for the remaining part of the monsoon session on Friday, a day after he tore the statement which Union Information Technology Minister Ashwini Vaishnaw had prepared on the Pegasus row.

On Thursday, Sen rushed into the Well of the Upper House, snatched the paper held by Vaishnaw and tore it up.

Sen was among the several Opposition leaders who had entered the Well in protest over the alleged snooping controversy.

Addressing the House, Vaishnaw had said, ‘A highly stunning story was published by a web portal on July 18, 2021. Many over-the-top allegations were made around this story. The press report appeared a day before the Monsoon session of Parliament. This can’t be a coincidence.

Earlier ‘In the past, similar claims were made regarding the use of Pegasus on WhatsApp. Those reports had no factual basis and were categorically denied by all parties, including in the Supreme Court. The press reports of 18 July, 2021, are also an attempt to defame the Indian democracy with its well established institutions. We cannot fault those who haven’t read the story in detail, and I request all honourable members to examine the issue on facts and logic,’ the Minister added.

Vaishnaw was referring to the disclosures made by digital news platform The Wire, as part of a global collaborative investigation, on 300 Indian numbers listed as potential targets of the Pegasus spyware by Israeli’s NSO Group.