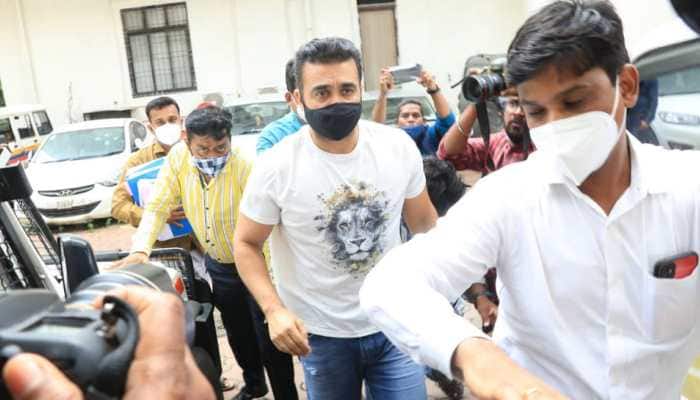 MUMBAI,july 23: Bollywood actor Shilpa Shetty’s husband and business man Raj Kundra along with his IT head Ryan Thorpe, arrested in connection with an alleged sexual racket, were on Friday sent to police custody till July 27, news agency ANI reported. Raj Kundra and Thorpe were produced before a magistrate’s court in Mumbai by the police, ANI added. Mumbai Police said in the court that they suspect that the money earned from sexual content was used for online betting, the news agency said. They added that transactions between Raj Kundra’s ‘Yes Bank’ and United Bank of Africa accounts need to be investigated because of such incident.

The case was registered with Mumbai Police’s Crime Branch in February this year.

Maharashtra’s anti-corruption bureau (ACB) said on Thursday it has received four emails alleging that Kundra even bribed Mumbai Police officials with ₹25 lakh to avoid arrest. ANI cited an ACB official as saying that the emails were sent by Arvind Shrivastava alias Yash Thakur, another accused in the pornography case.

The official added that a similar amount was allegedly demanded from him as well. His allegations, however, were vague in nature and forwarded to the Mumbai Police for further action, the official said, according to ANI.

Raj Kundra had a tie-up with a London-based company involved in streaming sexual content through Hotshots, a mobile app, according to the joint commissioner of police (crime), Milind Bharambe.