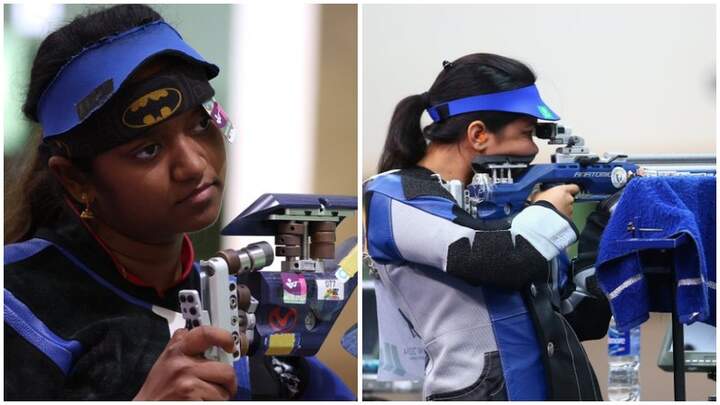 TOKYO OLYMPICS: Apurvi and Elavenil fail to qualify for medal round in women’s 10m air rifle

TOKYO,july 24:  A  big shocking updates for the Indian, the existence of shooting in Tokyo both Elavenil Valarivan and Apurvi Chandela failed to qualify for the medal round after finishing 16th and 36th respectively in the women’s 10m air rifle qualification, today’s here at the Asaka Shooting Range on Saturday.
The World Number one Elavenil amassed 626.5 points at an average of 10.442 after shooting 60 shots on the target while Chandela gathered 621.9 in the qualifications, which in the end was just not good enough to make it to the 8-player final.
Jeanette Hegg Duestad of Norway topped the qualification with 632.9 points and broke the Qualification Olympic Record. South Korean Heemoon Park grabbed the second.

Apurvi Chandela begins the first series on a good records as she gathered 104.5 points meanwhile Elavenil Valarivan began her maiden Olympic journey at a decent average of 10.415 in the first two series.
For Chandela things got tough when a 9.5 and 9.9 in the second gradually saw her falling down the ranks and out of Top-25. She never recovered from that one and continued to be out of Top-20 during the whole match.
21-year-old Ela showed some grit and determination but 103.5 in series 5 dusted all her hopes of making it into the Final.
This event will see the first medals of the Games awarded with the 10m air rifle final scheduled to start at 7:15 am IST.