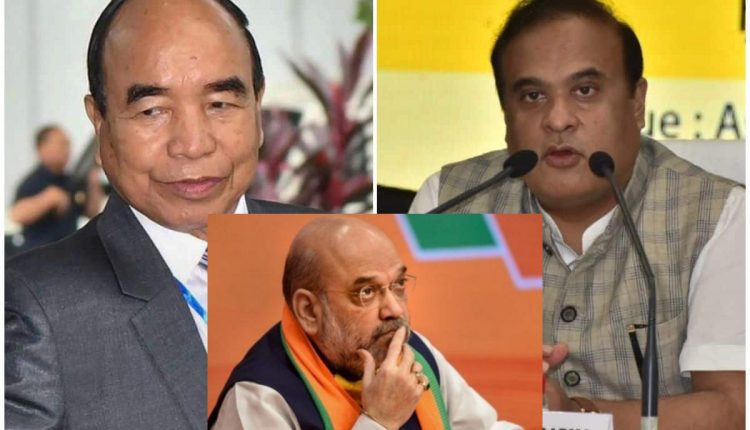 Aizawl, Aug 02: Union Home Minister Amit Shah on Sunday spoke to the Chief Ministers of Assam and Mizoram over the on-going border clashes since 26 july, and requested them to resolve the inter-state border issue amicably through peacefully dialogue.

In the meantime, in order to prevent any possible escalation of the situation, I request the people of Mizoram to avoid posting sensitive messages and make judicious use of their social media platform,” he said.

“Our main focus is on keeping the spirit of the North-East alive. What happened along the Assam-Mizoram border is unacceptable to the people of both states. Hon’ble CM Zoramthanga had promised to call me post his quarantine. Border disputes can only be resolved through discussion,” he tweeted. (IANS)

Myanmar’s military leader declares himself as a prime Minister