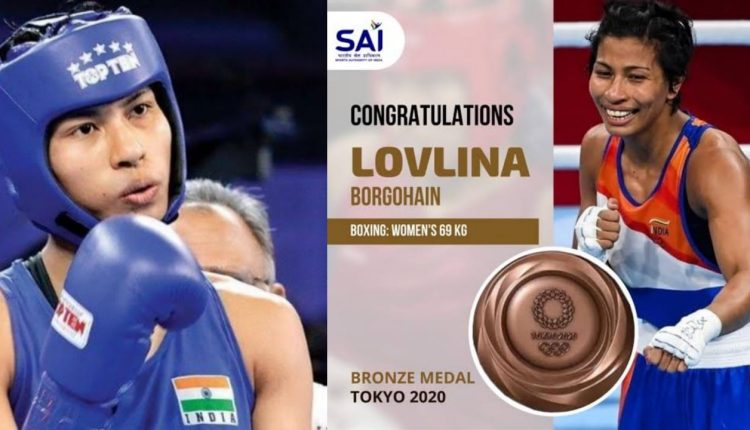 Lovlina lost the first round 0:5 as all the judges gave the decision in favour of the Turkish boxer. Lovlina was warned and a point was deducted of her total points in the second round.

In the third and final round, Lovlina was outboxed by the reigning world champion.

With a bronze medal, Lovlina became only the third Indian boxer after Vijender Singh and Mary Kom to win an Olympic medal.

Lovlina had a tough Round of 16 bout against Germany’s Nadine Apetz where she won via a split decision.

In the quarterfinal, Lovlina punched her way into the semis with a 4:1 win over Chinese Taipei’s Nien-Chin Chen.

Earlier, in the day, wrestlers Ravi Dahiya and Deepak Punia won their initial two bouts to reach semi-finals. Both wrestlers will be in action later in the day and a win will assure both of at least a silver medal.

In javelin throw, India’s Neeraj Chopra qualified for the men’s final in his first attempt itself as he went past the automatic qualification mark of 83.50m easily. Chopra registered a throw of 86.65m and topped Group A.

India’s Shivpal Singh threw 74.81m in his third attempt in Group B of men’s Javelin Throw Qualification round. In his first two throws, he registered 76.40m and 74.80m and failed to qualify for the final. In golf, Aditi Ashok and Diksha Dagar started Round 1 in women’s Individual Stroke Play.