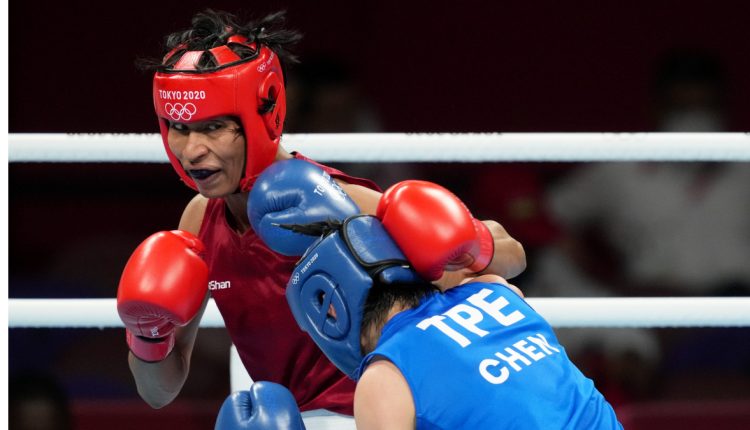 Tokyo, Aug 04:  History beckons boxer Lovlina Borgohain hails from (Assam) and the Indian women’s hockey team at the Tokyo Olympics on Wednesday. Lovlina has already assured herself a medal but a win on Wednesday will make her India’s most successful Olympic boxer

In her bid to become the first Indian boxer to reach an Olympics title clash, Lovlina Borgohain will face World champion Busenaz Surmeneli of Turkey in a women’s 69kg semifinal bout on Wednesday.

Two inches taller than Busenaz, Lovlina will be pumped up to create another upset after getting past Worlds medallist German Nadine Apetz and former World champion Nien-Chin Chen of Chinese Taipei to assure India of another medal at the Games.

Records of both boxers:

The two 23-year-old boxers have never met before. While two-time Worlds bronze medallist Lovlina Borgohain has 14 wins and nine losses in her career, Busenaz has a superior  record of 25 wins and six defeats.

“I have a few days, I will see her videos and figure out what to do with her,” said Lovlina, who approached her match against Chen without any strategy and tasted success, after winning her quarterfinal bout.

In case Lovlina manages a win, she will ensure a medal of better colour than that of Vijender Singh and M.C. Mary Kom, who won bronze medals in the 2008 and 2012 Olympics respectively.