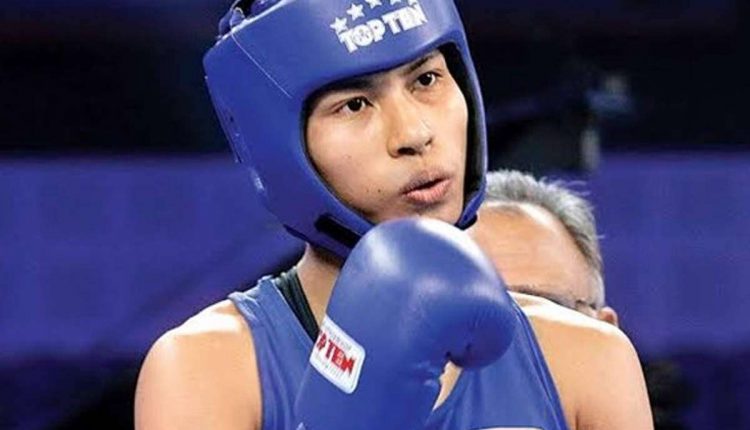 Tokyo, Aug 04: India’s action on Wednesday had a moment of spirits being lifted as boxer Lovlina Borgohain won a bronze medal, India’s third medal at Tokyo 2020 and the second bronze medal. Assam’s Borgohain bagged the bronze in women’s welterweight category after losing 5-0 against reigning world champion Busenaz Sürmeneli of Turkey in the 69kg semi-finals. Even though she was outplayed, Lovlina became India’s second woman boxer with an Olympic medal after Mary Kom in 2012 London Games. Ravi Dahiya then claimed a sensation result in freestyle 57kg Wrestling. Despite being 2-9 down, he fought back in the last minute to win by Fall (pinning your shoulder’s opponents to the mat). He will play the Gold medal match tomorrow. Deepak Punia lost his Semifinal and will fight in the Bronze medal match tomorrow.

Neeraj Chopra qualified for the men’s javelin throw finals by topping the Group A qualification with a throw of 86.65m, but Shivpal Singh failed to do so in Group B. On the other hand, India faces Argentina in the women’s hockey semi-finals later in the afternoon. In their third-ever Olympics, it will be their first-ever last-four appearance. In wrestling, both Ravi Dahiya (57kg) and Deepak Punia (86kg) won their opening two bouts and made their way into the respective semi-finals. Anshu Malik, who lost her opening bout in women’s 57kg, will compete in the repechage round next.

In the last Indian participation for the day, the women’s hockey team lost 1-2 to Argentina despite taking an early lead, thus ending their golden dream. They will be up against Great Britain in the Bronze medal match.

De Grasse wins a historic gold for Canada
Andre De Grasse has won the first Olympic gold medal of his career after winning the men’s 200 metres final in 19.62 seconds. De Grasse, who has three Olympic bronze medals and one silver across two Games, finally got his hands on a sprint title with a new national record time.

brave result for Indian women
India had a dream start with Gurjit converting a penalty corner after their first foray into the Argentine D. Sjoerd Marijne’s team seemed the better of the two units in the opening 15 minutes…but it wasn’t to be.

PM Modi had a telephone conversation with Women’s Hockey Captain Rani Rampal and coach Sjoerd Marijne. He expressed pride at the performance of the women’s hockey team. He told them that the Women’s team is a skilled group of athletes who have worked very hard and that they must look ahead. He also said that wins and losses are a part of life and that they must not be disheartened.

India took the lead in the second minute through a Gurjit Kaur drag-flick, but a brace from opposition captain Maria Noel Barrionuevo had the final say

A victory for anti-racism in Ukraine

India’s participation is over for the day, but there’s a lot of history being scripted in Tokyo. Like Ukrainian Greco-Roman wrestler Zhan Beleniuk, who has won a gold medal in the men’s 87kg event.

India’s long wait in Athletics
37 years ago, PT Usha got as close to an Athletics medal in the Olympics as an Indian has ever got. Norman Pritchard’s 2 Athletics medals are credited to India of course, but that has been an elusive dream since Independence. Neeraj Chopra has raised hopes of dreamy-eyed fans of the track and field in India today. Here’s what the 1984 hero has to say to Neeraj:

India lose Hockey semifinal 1-2, Argentina through to final
What a chance in the last minute! The ball rolls towards the Argentine goal. The keeper gets her foot to it. India ask for a PC. Again, time comes to a standstill. ‘No clear reason to change the decision’, says the TV umpire’s voice. The Argentine keeper lets out a loud roar! It’s not over yet, but there’s just 17 seconds left on the clock.

Time left for one last long corner. Rani and Noel, the captains, seen in conference with the umpire. Argentina get the free hit. Long scoop. That should be it.

India have lost the semifinal by 1-2. They will be fighting for Bronze. They’ll play Great Britain in the Bronze medal match.

59' Final 17 seconds and India have requested for a Penalty Corner.