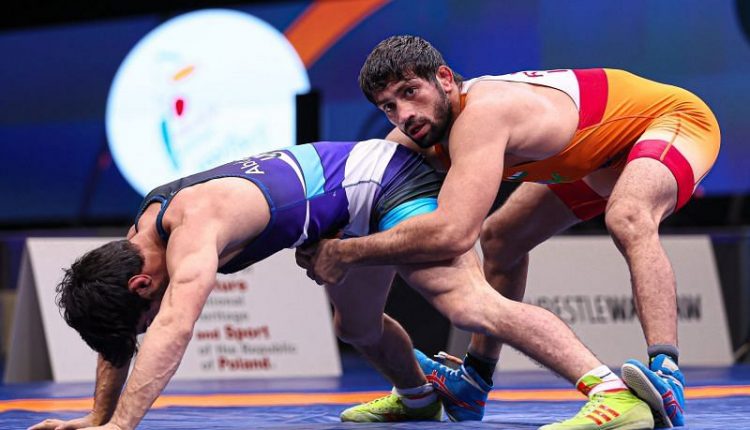 Tokyo, Aug 04: After winning Bronze medal by India’s ‘Lovlina Borgohain‘ on Wednesday, now India were assured of at least a silver medal in the men’s freestyle wrestling 57kg category as Ravi Kumar Dahiya staged a great comeback against Kazakhstan’s Nurislam Sanayev to make his way to the final.

The bout started in a cagey fashion with both wrestlers registering points in the initial minutes of the first round. But Sanayev almost won the match as he registered 8 points in a row by pulling off the dreaded ‘fitele’ move. Sanayez grabbed Ravi by the ankles and rolled the Indian wrestler four times, which gave him the 8 points to take the advantage to 9-2.

But Ravi Kumar staged a grand comeback as he first reduced the deficit to 5-9 and then pinned the Kazakh wrestler down with a great move to eventually win the bout ‘by fall.”