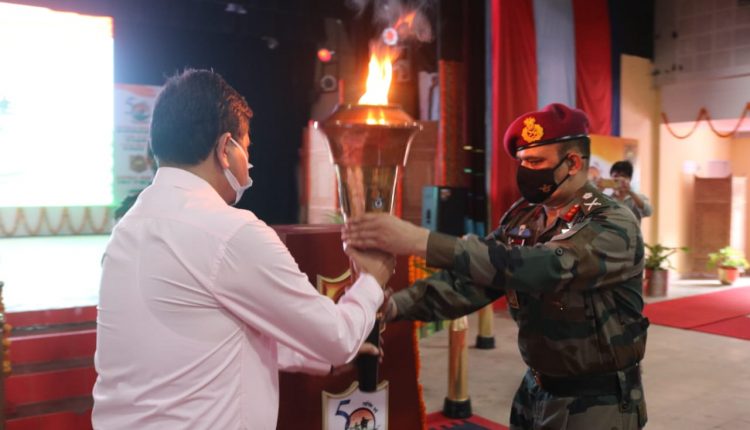 Shri Jishnu Barua, IAS, Chief Secretary to the Govt of Assam was the Chief Guest to grace the occasion. The Victory Flame was received by General Officer Commanding Maj Gen Vikas Saini, SM, VSM** who handed over the Victory Flame to the Chief Secretary who in turn dedicated the event to the people of Assam. The programme was followed by scintillating performance by NCC Cadets and Khukhri Dance by troops of 58 GTC and felicitation of war heroes of the 1971 War.

While addressing the audience, the Chief Guest reiterated significance of our victory supported by Mukti Bahini over Pakistan in 1971 resulting in surrender of 93,000 Pakistan troops – biggest military surrender ever after World War II. He lauded the efforts of Indian Army for celebrating the victory in a most appropriate manner and making the youth of the nation aware about the sacrifices and indomitable spirit of our gallant soldiers. He highlighted that the War was fought in the remotest areas of North East and victory was made possible by unflinching support of the people of Assam and other North Eastern states. 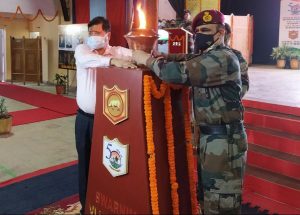