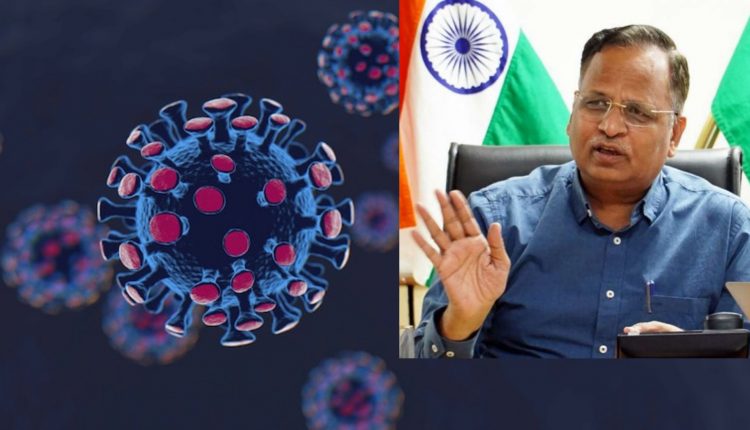 Delhi, Aug 11: The Delhi Health Minister Satyendar Jain on Tuesday stated that Delhi has already overcome the Delta variant of corona-virus detected in over 80 per cent of Covid samples sent for genome sequencing during the second wave of the pandemic and thereafter.

The minister told reporters the Centre has not yet asked for data on deaths due to shortage of oxygen and that a new sero survey will be undertaken in the city soon.

The first sero survey conducted in June-end last year found Covid -19 antibodies in 22.6 per cent of the samples.

The number increased to 29.1 per cent in August and then dropped to 25.1 per cent in September. In October, it went up to 25.5 per cent. The January round of the survey found antibodies in 56.13 per cent of people screened.

Jain said more than 80 per cent of the samples sent for genome sequencing during the second wave and thereafter showed the presence of the Delta variant.

Since the Delta variant appeared for the first time in India, we have already faced the wrath of this variant during the second wave. Other countries need to prepare themselves as it is spreading there.

“Delhi has already battled and overcome the Delta variant wave. The ICMR has also pointed out that Delhi was battling the Delta variant during the second wave. Therefore, I don’t think that it should be a cause of concern for us anymore,” he said.

The health minister said the Delhi government is preparing 37,000 beds, including 12,000 ICU beds, in anticipation of a third wave of corona-virus.

The Delhi government has also started a ‘Graded Response System’ under which restrictive measures will be taken according to test positivity rate.

The system, prepared along the lines of a similar mechanism to fight air pollution during winter months, was drafted by an expert committee appointed by the Delhi government.

Yellow, amber, orange and red alerts will be issued as the positivity cases and rate whenever increases.

According to the plan, curbs kick in from 0.5 per cent positivity rate.

Private offices, malls, weekly markets and the Delhi Metro will be shut down if TPR rises above 2 per cent and the city will be put under a curfew if the TPR breaches the 5 per cent-mark.

The minister said though the government has been making preparations keeping children and their health in view, the “overall number of children who need hospitalisation is very less in comparison to the adult population”.