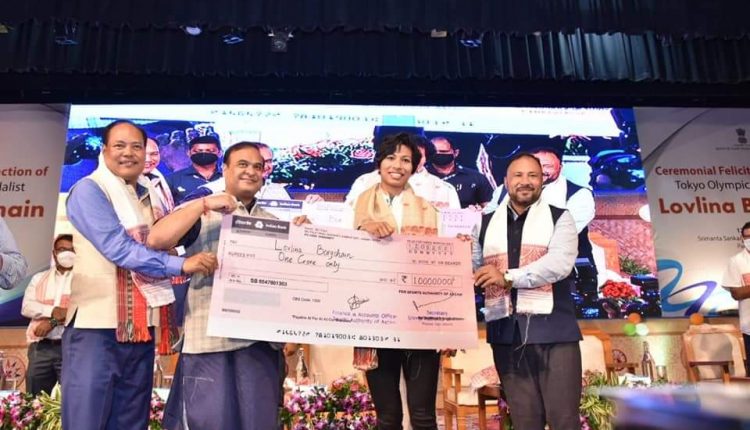 Guwahati, Aug 12:  The daughter of Assam and pride of India, first Olympics medal winner’s from Assam,Olympic bronze medalist Lovlina Borgohain arrived in Guwahati on Thursday, where she receives a warm welcome by the Chief Minister of Assam Himanta Biswa Sarma along with members of legislative assembly received her at the airport.

As she glided down the steps of the aircraft, Sarma hug and patted Borgohain on the back, before presenting her with the traditional Assamese ‘Gamosa‘ (hand towel), ‘japi‘ (headgear) and a bouquet. 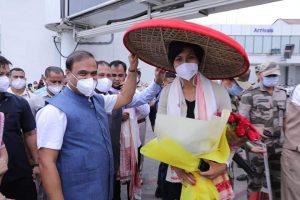 ‘With pride and glory, I welcomed our star Olympian medallist Lovlina Borgohain at Guwahati airport. Lovlina has ignited a billion dreams with her success at the Tokyo Olympics, and set an example for budding sports talents in rural areas to aspire to achieve big on the world stage,’ he said.

The Assam CM also offered the post of ‘DSP’ to the star boxer. He further said that a road in Guwahati will be named after Lovlina and a stadium will be constructed in the Olympic medalist’s name in her home town — Golaghat. Her ‘coach Sandhya Gurung’ will also be given Rs 10 lakhs.

APCC has also appreciates Lovlina for her contribution to the country and her success and also extends good wishes for her future career. 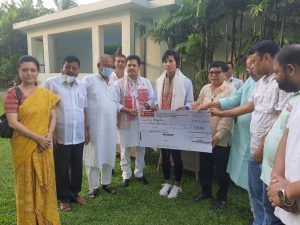