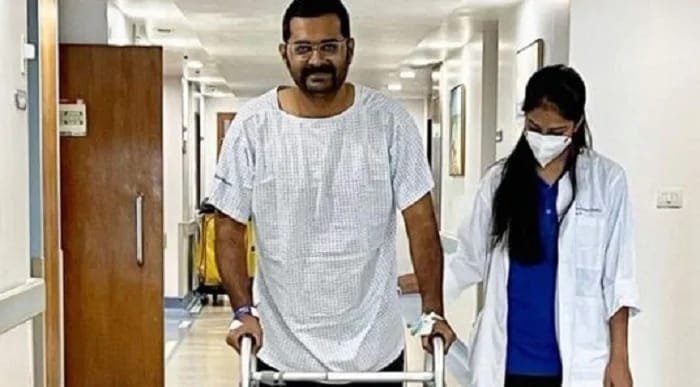 GUWAHATI, Aug 13: The 2009 batch IPS officer Vaibhav Chandrakant Nimbalkar, who was critically injured in a violent border clash at ‘Lailapur‘ on 26 July, in Cachar district along the Assam-Mizoram boundary, is gradually recovering at a Mumbai hospital.

Nimbalkar, who was posted as SP in Cachar district, was airlifted to Mumbai and underwent surgery at ‘Kokilaben Ambani Hospital‘ after he was injured during an exchange of fire between the police forces of Assam and Mizoram.

IPS Vaibhav reportedly suffered multiple fractures in his femur bone and was initially rushed, to Silchar Medical College and Hospital in serious condition. Following the worsening of his condition, he was shifted to Mumbai’s Kokilaben Hospital where he underwent surgery.

In a photograph that surfaced on social media, the senior police officer is seen taking slow steps using a walker, which according to the doctors is a fast step towards recovery.

Six policemen and a civilian were killed and around 50 others injured after the violent clashes along the border that shares between Assam-Mizoram.