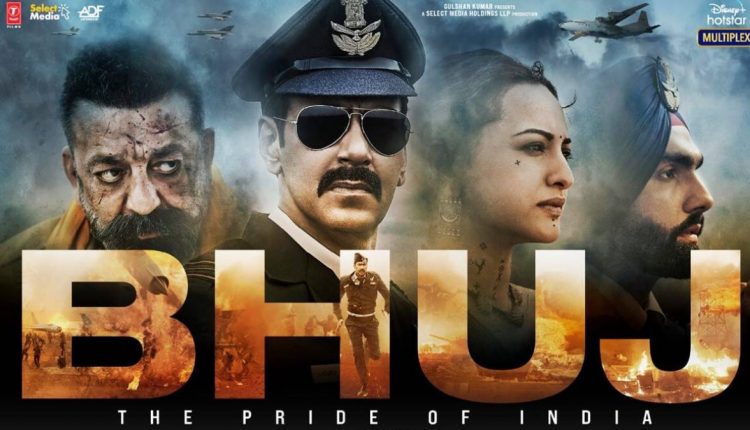 Ajay Devgan, Bhuj The Pride of India Release LIVE Updates: ‘Bhuj‘ the Pride of India released on August 13, 2021 it’s streaming Disney+ Hotstar. It will begin streaming from 5:30 pm. The Independence Day weekend release, also starring Sanjay Dutt, Sonakshi Sinha, Sharad Kelkar and Ammy Virk, takes a slice out of the 1971 India-Pakistan war. It follows IAF Squadron leader Vijay Karnik (Ajay Devgn) who ensured India’s victory by re-constructing the Bhuj airbase along with the help of 300 women from a local village in Madhapar.

Honoured to meet the Honourable Minister of Defence, India, Shri Rajnath Singh ji. He saw some clips of Bhuj:The Pride of India. For me, it was a befitting platform to showcase the film, that captured India’s victory over Pakistan 50 years ago. Jai Hind🙏@rajnathsingh pic.twitter.com/CL49opdbIu

Bhuj: The Pride of India boasts of heavy-duty dialogues that talk of martyrdom, the spirit for patriotism and duties of a soldier.

He further shared his emotions of donning the uniform of the armed forces. Ajay said, “A lot of strength and dignity comes from wearing the uniform. As soon as one wears it, both the thought process and the body posture automatically undergoes a change. You feel a sense of power within you.”

#BhujThePrideOfIndia stars #AjayDevgn as an IAF officer during the 1971 India-Pakistan war. There is so much that’s wrong with this godawfully dull, occasionally unwittingly funny film, that an in-depth analysis of its politics makes no sense. My review👇🏽https://t.co/nzaPZJJHK8