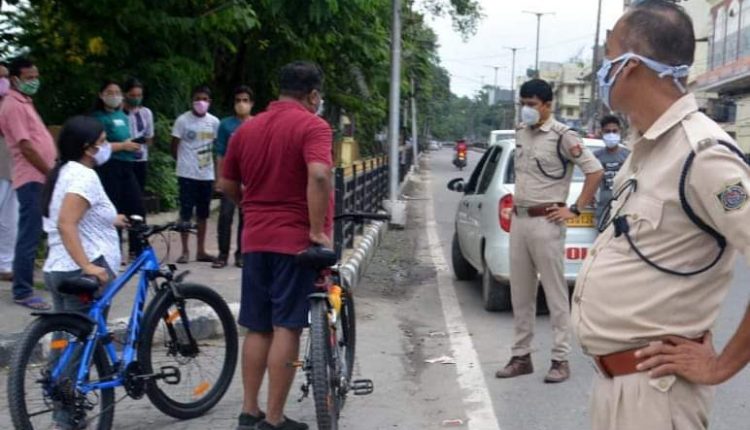 GUWAHATI, Aug 17:  On Tuesday the government of Assam has released a new SOP as per the new SOP the Curfew timings have been relaxed and inter-district movement of passengers allowed, except to and from Kamrup Metropolitan district, as per the revised COVID-19 SOP for the state, Assam Health Minister Keshab Mahanta said on Tuesday. The new guidelines, which also permits the opening of final year classes of technical education, will be effective from 5 am on Wednesday until further orders, he added. These orders will be applicable throughout the state.

Addressing a press conference here, the minister said the decision to relax the SOP was taken at a meeting on Monday evening, chaired by the chief minister, in view of improvement in the overall COVID situation in the state.

He said, “The number of new COVID-19 cases has been coming down in the state. But, the situation in Guwahati is not satisfactory. We are keeping a close watch.”

As per the revised guidelines, all shops, commercial establishments, offices, banks, will be allowed to remain open till 6 pm and curfew will be clamped from 7 pm to 5 am.

Hotels, resorts, bars, will also be allowed to remain open till 6 pm, though cinema halls will remain closed.

Inter-district movement of private passenger vehicles has been allowed, though entry and exit from Kamrup Metropolitan district, under which Guwahati comes, will remain suspended, the minister said.

Movement of goods carrying vehicles was already allowed and public transport between the districts remained suspended.

The odd-even rule for plying of vehicles has been lifted, the minister said.

“Students should preferably be fully vaccinated to attend the classes,” he added.

The minister also said public meetings in open spaces will be allowed with a maximum of 200 people and in auditoriums, with 50 per cent seating capacity, and all attendees must be fully vaccinated, with the onus to ensure compliance on the organisers.

For marriages, last rites, etc, the number of people permitted to attend has been increased to 25 by the new guidelines.

Iconic religious places have also been allowed to open for devotees with permission given for 20 visitors per hour, while for other religious places, the number of devotees has been fixed at 10, Mahanta said.

Namghars (Vaishnavite places of worship) will be open for devotees with 50 per cent capacity, he added.

Altogether 758 people tested positive for COVID-19 in the state on Monday, pushing the total number of infections to 5,79,899, while the death toll has reached 5,502 with 10 deaths in the last 24 hours.

Watch the English speaking skills of viral video; A Ragpicker from Bengaluru will surprise you with her soulful voice