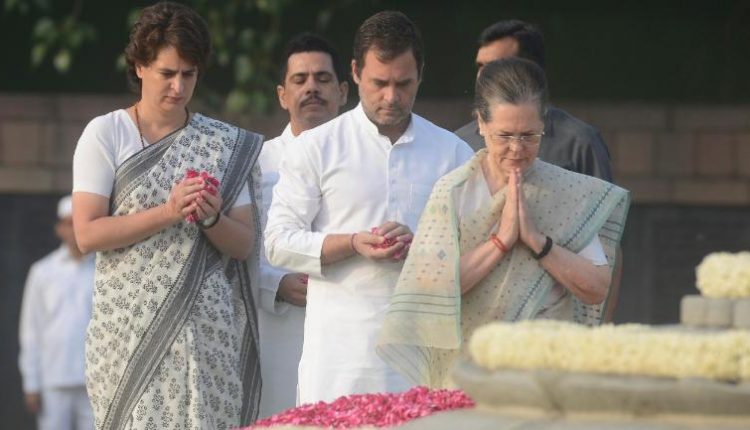 New Delhi, Aug 20: Rajiv Gandhi was sworn-in as India’s youngest Prime minister of India who has got married in 1968, Rajiv Gandhi married Sonia Gandhi who is the current president of the Congress party. Rahul Gandhi and Priyanka Gandhi are the couple’s children.

Rajiv Gandhi’s son and senior leader of the Congress party, Rahul Gandhi, visited Veer Bhumi in Delhi to pay his respect. Rahul Gandhi also remembered his father in a message posted on Facebook. “A secular India alone is an India that can survive. Remembering Shri Rajiv Gandhi ji on his birth anniversary,” he wrote in a Facebook post.

In 1968, Rajiv Gandhi married Sonia Gandhi who is the current president of the Congress party. Rahul and Priyanka Gandhi are the couple’s children.

A Bharat Ratna recipient, Rajiv Gandhi was the sixth prime minister of the country. During his tenure as the prime minister, Rajiv Gandhi symbolised a change in the arena of politics, economy, and morality in public life, through consent and conciliation, participation, and persuasion.

Rajiv Gandhi, who was a trained pilot and worked for state-owned Indian Airlines for some time, also worked hard to put an end to agitations and violations in Punjab, Assam, Mizoram, Nagaland, and Kashmir to restore peace and democracy.

A suicide bomber of the Liberation Tigers of Tamil Eelam (LTTE) killed him during an election rally in Sriperumbudur in Tamil Nadu in 1991.