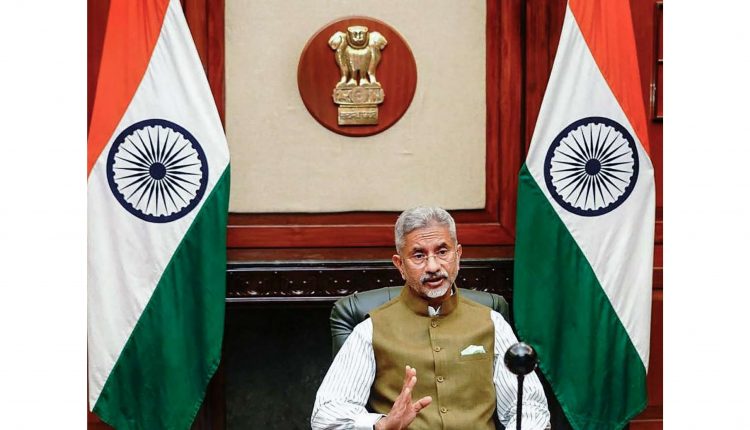 External Affairs Minister (EAM) S Jaishankar an External Affairs minister on Thursday said that all political parties including the government have a “strong national position” on developments concerning Afghanistan and the Centre has approached this current situation in the “spirit of national unity“.

Addressing media after an all-party meeting on Afghanistan, the minister said, “The message which we all want to give you, all the political parties including the government is that on this matter, we all have a similar view. We have a strong national position on Afghanistan. The friendship with the Afghan people is something that matters to all of us. So we approached this situation in the spirit of national unity.”

Jaishankar informed the media that most of the issues and concerns during the meet were on the issue of evacuation from the war-ravaged country. “Under Operation ‘Devi Shakti’ we have done six evacuation flights. We have brought back most of the Indians but not all of them as some of them couldn’t make it for the flight yesterday,” he added.

As many as 565 people, including 112 Afghan nationals, have been evacuated by India from Afghanistan since the Taliban seized control of the war-torn country, the MEA informed the floor leaders of political parties in Parliament on Thursday.

According to sources, the ministry shared details on the recent developments in Afghanistan with floor leaders of various political parties in Parliament.

While speaking to the media, EAM Jaishankar today said the government is very strongly committed to ensuring full evacuation as soon as possible. The meeting went on for three and half hours and 37 leaders from 31 parties participated. “Everybody spoke on the issue, I responded to everyone individually. We all had similar views,” Jaishankar added.

Earlier, Prime Minister Narendra Modi had asked the MEA to brief floor leaders of all political parties on the recent developments in Afghanistan.

Afghanistan plunged into crisis after the Taliban entered the presidential palace in the Afghan capital on August 15 and declared its victory over the government after months of violence across the country.

India, on August 17, had also announced that it would issue an emergency e-visa to Afghan nationals who want to come to the country in view of the prevailing situation in Afghanistan after the Taliban captured power there.

Later, PM Modi had chaired a meeting of the Cabinet Committee on Security (CCS) and instructed all concerned officials to undertake all necessary measures to ensure the safe evacuation of Indian nationals from Afghanistan in the coming days.