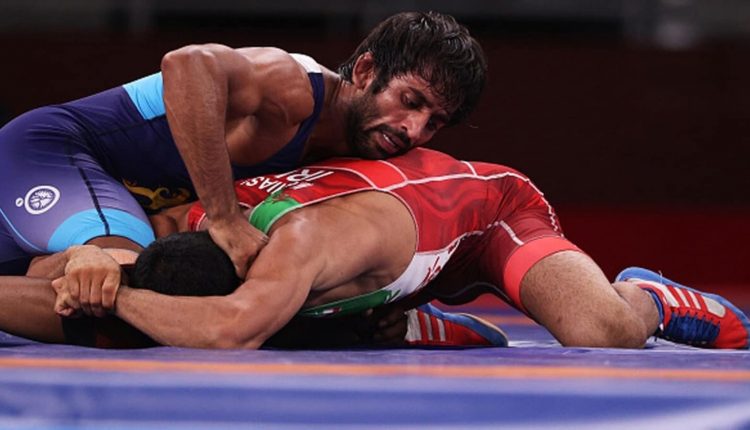 After clinching 7medals in Tokyo Olympics, the government of Uttar Pradesh announces to help which is  a massive boost for Indian wrestling, the Uttar Pradesh government has adopted the sport and is expected to pump in an investment of Rs 170 crore in infrastructure and support to the wrestlers till the 2032 Olympics, WFI President Brijbhushan Sharan Singh told PTI .

The top boss of the Wrestling Federation of India (WFI) said that they took inspiration from the Odisha government’s support to the sport of hockey and they approached the UP government for a similar assistance to their game.

Odisha is a small state, yet they are supporting hockey in such a great manner, so we thought, why can’t UP, which is such a big state, support wrestling. We approached them and the CM Yogi Adityanath has accepted it,” Singh said.

“With this happening, sponsorships will not be restricted to just country’s elite wrestlers. Even the Cadet level wrestlers will get sponsorship and we wil able to give prize money to even national champions.”

The WFI had also roped in Tata Motors in 2018 as principal sponsors of Indian wrestling, a partnership which had brought with it a financial support of Rs 12 crore that allowed the federation to give away central contracts to wrestlers till the Tokyo Games.

It has been learnt that the partnership will be renewed on Friday with a fresh deal.

The WFI President said this deal with the UP government will allow them to plan exposure trips to foreign countries even for India’s Cadet level wrestlers.

“As of now, only the senior and elite level wrestlers have personal coaches and guidance of foreign coaches. But we can even invest heavily in training of our cadet and junior wrestlers also.

“Now we can send our Cadet wrestlers abroad for training and exposure. We need to take wrestling to the next level,” he said.

It remains to be seen that after such a deal with a state government, if WFI allows private NGOs like JSW and OGQ to support wrestling

We actually did not need them even before. But if they want to support, they are welcome. All we want is that they stay transparent with WFI. They can’t make their own secret deals with the wrestlers. If at all they want to help, they can sit with us and prepare plans with us,” Singh said.

The WFI chief said it sends wrestlers to the foreign countries for exposure and training but they want to put a system in place where top international wrestlers come to India and train here.

“Let me tell you that we will have state-of-the-art wrestling academies in India for both men and women. One academy in Lucknow will surely come up and we are hopeful that another is developed in Noida, where we will invite international wrestlers to come, stay and train with our wrestlers.

“I told the CM that we want international wrestlers to come to India. It should help our Indian wrestlers. Why should they go out all the time and stay away. We will give them best sparring partners in India.”

Asked if there is change of guard at the state level in coming years, will the deal stay?, Singh said, “Cabinet decisions will continued to be followed, irrespective of who leads the state government. It remains a UP government project.”