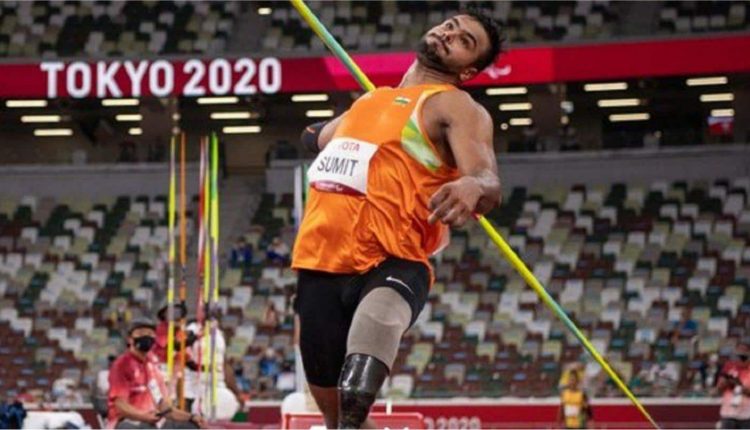 Sumit Antil scripted history as he broke the world record thrice to win a gold medal at the Paralympics, launching his way to the top of the podium in the men’s javelin F64 finals in Tokyo. India had won four medals in the 2016 editions while the medal count stands at seven in the ongoing event.

The F64 category is for athletes with a leg amputation, who compete with prosthetics in a standing position.

A student of Delhi’s Ramjas College, Antil was an able-bodied wrestler before his accident which led to the amputation of his leg below the knee. A para athlete in his village initiated him to the sport in 2018.

He also competed against Olympic champion Neeraj Chopra in the able-bodied Indian Grand Prix series 3 on March 5 in Patiala.

He finished seventh with a best throw of 66.43m while Chopra shattered his own national record with a big effort of 88.07m.

The 23-year-old from Sonepat in Haryana, who lost his left leg below the knee after he was involved in a motorbike accident in 2015, sent the spear to 68.55m in his fifth attempt, which was the best of the day by quite a distance and a new world record.