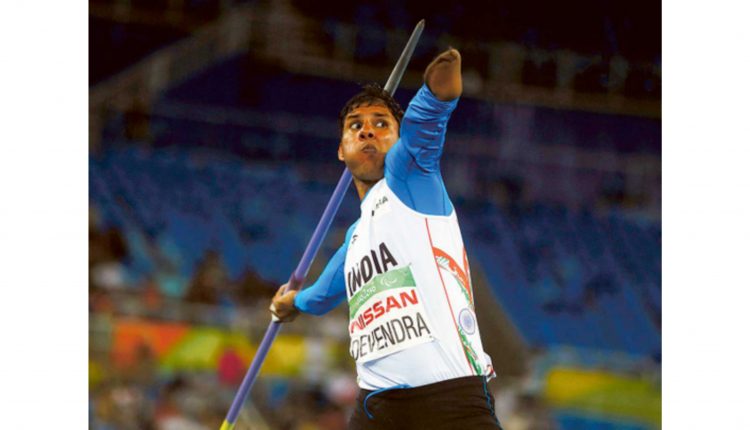 Jhajharia started the event with two average throws of just over 60m mark, but then his third throw went 64.35m, reigniting hopes of a medal. The fourth and fifth throw from the Indian para-athlete were registered as fouls and the final one was registered at 61.23m.

Sundar, too, started slow but registered a throw above the 64m mark in his fifth attempt to get into the medal contention.

The third Indian javelin thrower in the final Ajeet Singh finished in the 8th position in the final.

India has sent its largest ever delegation in the history of summer paralympic games i.e.19 competitors in 5 sports. it has been India’s best ever performance in the history of the summer Paralympic games with a total of 4 medals won ( 2 Gold, 1 Silver and 1 Bronze ) with Devendra Jhajharia breaking the World Record to win a gold medal at the Paralympics.Till this, India have won 4 Gold, 4 Silver and 4 Bronze from 1968-2016 over 48 years of India’s Paralympic history. Mariyappan Thangavelu is the first gold medallist for India in 2016 Paralympics.