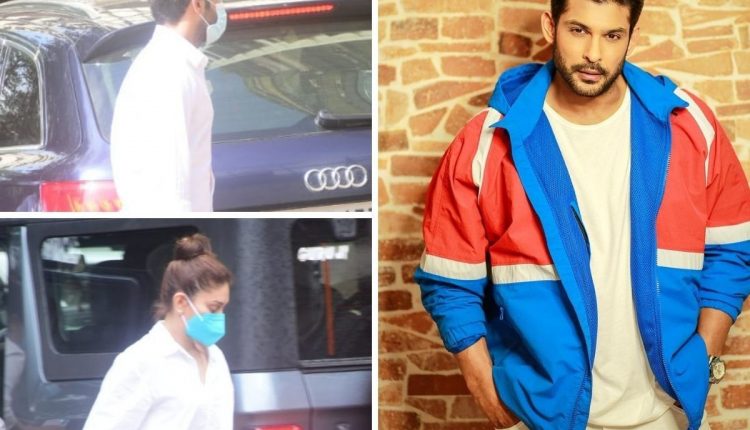 One of the most Popular TV and film actor Sidharth Shukla died on Thursday (September 2) after suffering from a massive heart attack. At the time of his death he was 40 years-old. It is learnt that Sidharth Shukla’s family members rushed him to Mumbai’s Cooper Hospital where he was declared brought dead.

According to sources, a post-mortem will be conducted to find out the exact reason behind the sudden demise of Sidharth Shukla.

It is learnt that Sidharth Shukla was walking with his mother in the compound of his building in Oshiwara at 8pm on Wednesday (September 1) and at that time he told his mother that he was not feeling well. After walking for few minutes Sidharth Shukla went to his flat and then took some medicine. The actor slept after taking the medicine.

Sidharth Shukla was found in unconscious condition by his family at 9:30 AM on Thursday. Sidharth Shukla’s family members took him to Cooper Hospital at around 10:30 AM where the doctors conducted an ECG. The doctors then declared him brought dead at about 11:30 AM.

As per the reports, Sidharth Shukla’s friend and Bigg Boss 13 co-contestant and girlfriend Shehnaaz Gill was shooting when she heard about the shocking news. Sources said that Shehnaaz left the shoot after hearing the news.

Sidharth Shukla started his acting career with the show ‘Babul Ka Aangann Chootey Na’. He went on to act in shows such as ‘Jaane Pehchaane Se…Ye Ajnabbi’, ‘Love U Zindagi’ and ‘Dil Se Dil Tak‘.

Sidharth recently also made his digital debut with ‘Broken But Beautiful 3’ opposite debutante Sonia Rathee.

He also shared screen space with Alia Bhatt and Varun Dhawan in the 2014 hit film ‘Humpty Sharma Ki Dulhania‘. The actor was also seen alongside Diljit Dosanjh in the 2018 movie ‘Soorma’.

At least 44 in New York City and 13 in New Jersey ,have died due to heavy floods, caused by Hurricane Ida