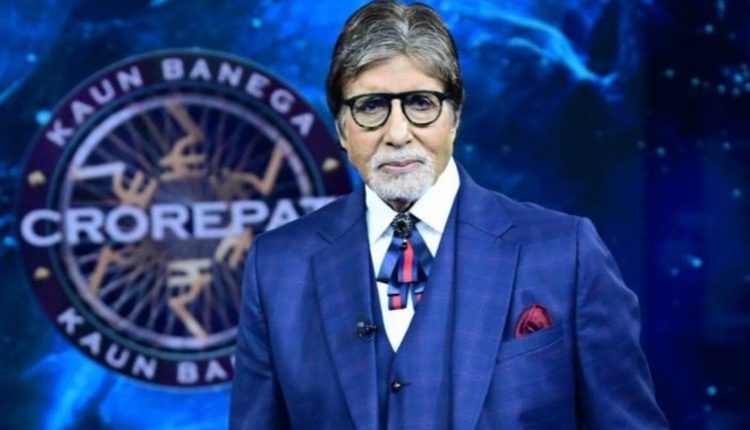 On the thirteenth season of ‘Kaun Banega Crorepati ‘a question was asked relating to the Chief Minister of Assam Dr.Himanta Biswa Sarma , after that the post and video has gone viral on Social media,

His popularity has now reached to National platform of Kaun Banega Crorepati, where the most popular nickname of the Chief Minister of State of Assam Dr Himanta Biswa Sarma, was asked as a question to one of the contestants on Monday. 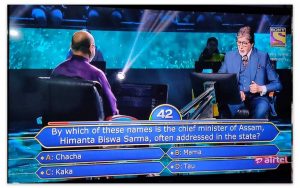 During the show, one of the contestants was asked-

Ques : By which of thes names is the chief minister of Assam, Himanta Biswa Sarma, often addressed in the state?

Chief Minister Himanta Biswa Sarma also known and called as ‘Mama‘ through the state, has received this name after one such incident when, male college students thronged then-health minister Himanta Biswa Sarma during one of his cycle rallies amid the heat and dust of campaigning for the recently-concluded Assembly elections, which the BJP-led NDA won, and begged, “Mama, when will you give us Bullet motorcycles?” “We will do something soon,” came the response