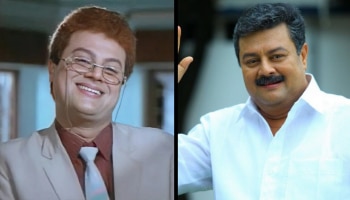 Malayalam actor Rizabawa, passed away at the age of 54

Popular Malayalam actor Rizabawa has died on Monday . He at the time of demise 54 year old. According to the latest updates, the actor died at a hospital in Cochin.

The actor has been undergoing treatment for renal diseases, and he took his last breath on the afternoon of September 13.

An actor who is known for his villain roles

In a career that spanned over three decades, Rizabawa has acted in over 120 movies. He is popular for enacting memorable antagonist roles on screen, and his most noted film is In Harihar Nagar, where he portrayed the role of John Honai.

Even after 31 years of release, the character of Rizabawa in Harihar Nagar is still one of the golden characters of Malayalam cinema loved by the audience for its negative nature. After portraying several villain roles, Rizabawa also acted in television serials. Some of his noted films include Irikku MD Akathundu, Vakkeel Vasudev, Thiruthalvaadi, and Malappuram Haji Mahanaya Joji.

A journey from theater to movies

Rizabawa began his career as a theater actor. Dr Pasupathy was his first movie in Mollywood. In Harihar Nagar was his second movie, and his performance in this flick made him one of the most demanded actors in Mollywood.

In the past ten years, Rizabawa was not active in the film industry, as he was concentrating more on television serials. Rizabawa’s last noted role on the big screen was the character of the minister he portrayed in the movie Pokkiri Raja that featured Mammootty and Prithviraj Sukumaran in the lead roles. In 2010, he also won the state award in the best dubbing actor category for the movie Karmayogi.

Talking about the demise of Rizabawa, Mollywood actor Innocent said, “Rizabawa was not just an expert in portraying villain roles. He was a good actor who had the capability to portray any role with perfection on screen. He was also a good human being. Mollywood has lost a great actor and human being.”

“Rizabawa entered Mollywood as a hero with the movie. Mollywood will always remember him for his role in the movie In Harihar Nagar. It is unfortunate that Rizabawa could not steer his career as a hero, despite having the looks, style, and sound needed for a superstar,” said filmmaker Sibi Malayil.

A national shooter shot himself dead with own pistol at Mohali