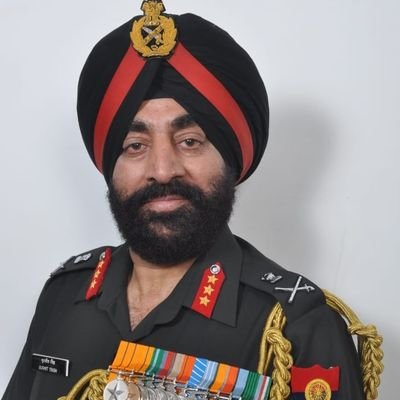 An Army officer Lieutenant General Gurmit Singh (retd), who was appointed as the new ‘governor‘of Uttarakhand about a week ago, is expected to take his oath into office on Wednesday as per the sources.

The former army man, who retired as the Deputy chief of the Indian Army, was chosen for his new post by President of India Ram Nath Kovind after the office of the Uttarakhand governor fell vacant when Baby Rani Maurya tendered her resignation. In light of this development, the President accepted Lt Gen Gurmit Singh’s resignation and appointed him as the new governor of the state, according to an official communique issued by the Rashtrapati Bhavan last Thursday.

According to reports citing officials familiar with the matter, the governor-designate of Uttarakhand is likely to have reached the state a day prior to his oath-taking.

Lt Gen Gurmit Singh, a highly-decorated army man who superannuated in February 2016, held several prestigious posts during his nearly four decades of service, including that of the deputy chief of Army Staff, adjutant general, and corps commander of the strategic XV Corps that overlooks the Line of Control (LoC) in Kashmir.

Singh also handled the China operational and military-strategic issues as the additional director-general of military operations; a responsibility for which he even had to visit China seven times and attend important military-diplomatic meetings related to border operations and LoC strategy.

Gurmit Singh is a graduate of the Defence Services Staff Course and National Defence College. He has done two M.Phils from universities in Chennai and Indore and is also a research scholar on India-China boundary issues at the Institute of Chinese Studies at the Jawaharlal Nehru University (JNU); his career in academics pursued on study leave from the Indian Army.

Besides Uttarakhand, a number of states got their new governors last week as the President ordered a reshuffling in the offices. While Banwarilal Purohit, who held the additional charge of Punjab along with Tamil Nadu, was fixed as the governor of the former state, the central government’s interlocutor and retired IPS officer RN Ravi has also been shifted from Nagaland to Tamil Nadu as its new governor.

Jagdish Mukhi, the governor of Assam, was given the additional charge of Nagaland till a fresh appointment is to be made for the office

IPL 2021: Cricket Fans can return back to the stadium & buy tickets for the upcoming match in ‘DUBAI’.