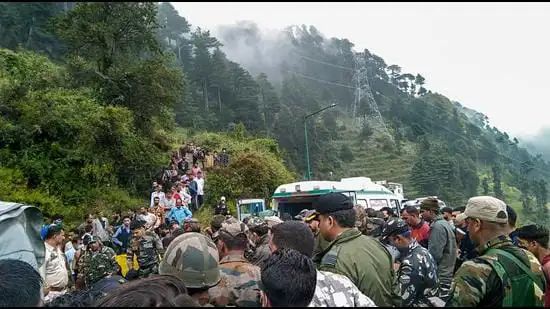 Breaking: On Tuesday morning a Cheetah helicopter of the Army aviation corps crash-landed in Shiv Ghar Dhar area of Udhampur district of Jammu and Kashmir injuring its two pilots.

The pilots were rushed to the command hospital in Udhampur. Later, senior army officials said both the pilots succumbed to their injuries during treatment.

However, the army is yet to issue an official statement.

The chopper had taken off from Nagrota, the headquarters of 16 Corps, this morning on a training sortie.

Some villagers were the first witness the incident spot and they evacuated the injured pilots from the mangled aircraft.