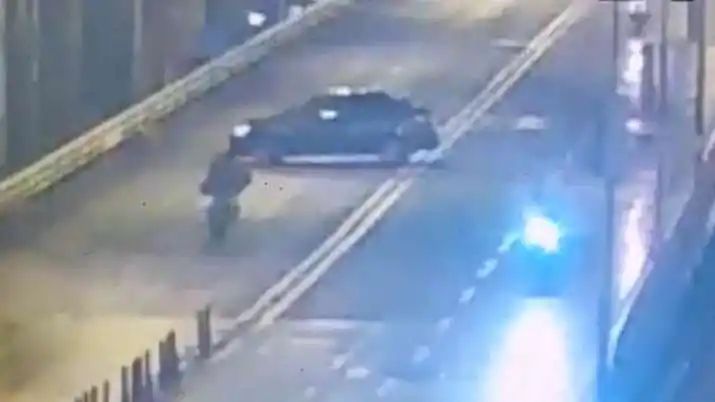 In the middle of road a heart-wrenching incident happened, at least 1 person died and 2 others were injured in Mumbai’s Lower Parel after a car took a sudden u-turn leading to a motorcycle coming from the opposite direction and hitting another bike on the road seen in the CCTV footage.

The accident happened on the main road in front of Phoenix Mills Mall in Lower Parel on September 29 at midnight.

Deadly U turn in Mumbai
A reckless car driver made a dangerous U-turn on the flyover of the road in front of Phoenix Mall in Lower Parel,South Central Mbai,causing the bike coming from the opposite side of the car to skid on the other side of the rd@indiatvnews @IndiaTVHindi pic.twitter.com/ZCSKaCSsxR

The motorcycle which was coming from the opposite direction of the car had two riders. One Bhavesh Arun Sanghvi, 25-year-old, resident of Ghatkopar and Krishna Ashok Kuradkar, 26-year old, resident of Chembur.