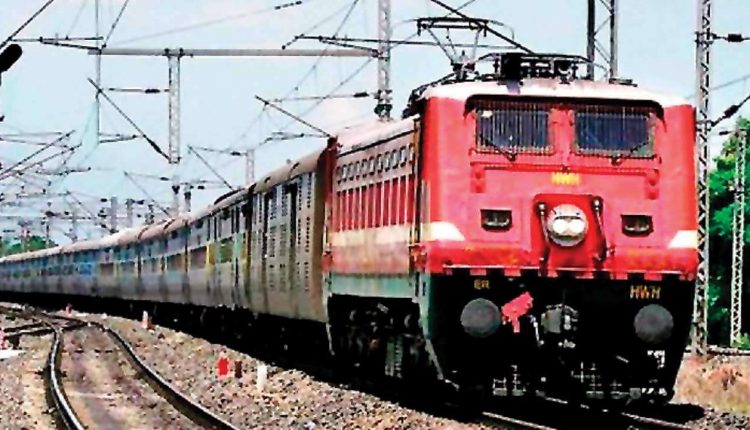 One of the great achievement NF Railway (Northeast Frontier Railway) has successfully completed electrification work of a total of 649 RKM / 1294 TKM from Katihar to Guwahati.

The total HDN (High-Density Network) routes (649 RKM) falling in NFR have been projected with ‘Electric Traction‘, NF Railway said in a statement.

This great route will now connect New Delhi to Guwahati on seamless electric traction, it said.

This is yet another effort by NF Railway for capital connectivity by Green Transportation.

In this connection, CRS/NF Circle has inspected 107 RKM/273 TKM from October 7 to October 9.

This Electrification work will save our foreign exchange reserves spent on HSD Oil and will provide greener transportation & reduced carbon footprints.

In addition to above, passenger trains with higher speed & heavier goods trains can be run.

The benefits of electrification are:

-There will be net saving on foreign exchange spent on HSD Oil to the tune of Rs 300 Cr per annum.

-The consumption of HSD Oil will also reduce by 3400 KL per month which will reduce dependence on imported petroleum.

-Due to seamless train operation, traction change which is inevitable at New Jalpaiguri and New Coochbehar will now be eliminate . This will enhance the mobility of the trains.

-Due to enhanced mobility, the total running time between Katihar to Guwahati will reduce by 2 Hrs (approx) due to the higher speed of the trains. As a result, about 10% more numbers of trains can be run in the section.

-With development of Electrification, heavier goods trains can be run at higher speeds.

-Because of the enhanced line capacity, 10% new passenger trains can be introduced and this will help in the introduction of more Rajdhani exp for capital connectivity projects.

-With electrification, Head on Generation (HOG) technology can be used instead of End on Generation (EOG) system with two power cars employing two DG sets on either end on all Linke Hofmann Busch (LHB) coach fitted trains.

-The power generator cars which consume about 100 lbs diesel per hour can be saved apart from the noise, fume emission during the run.