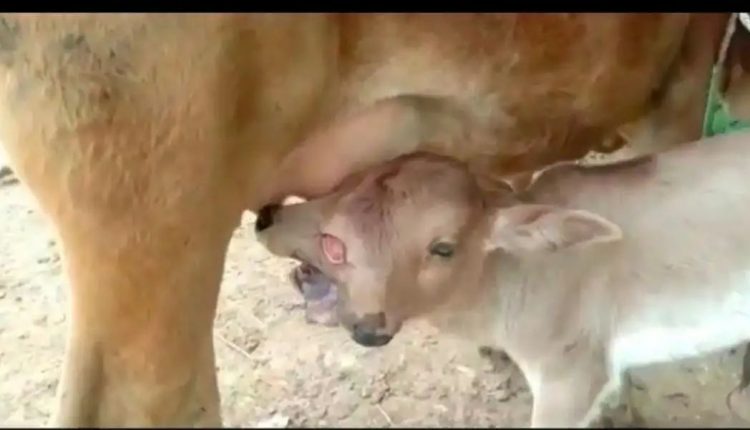 Shocking Viral: A calf borne’s with two heads and three eyes in Odisha’s

A shocking incident happens in our country which  appear as bizarre and unbelievable. A little calf that was born during Navratri is one such odd example that used to happened during ancient time.

People in the locality of Bijapara village have begun worshipping a two headed calf as #Durga Avatar
After it was born with two heads and three eyes on the occasion of #Navratri to a farmer in Odisha's Nabrangpur District. #DurgaPuja @aajtak @IndiaToday pic.twitter.com/tz9i9mpJ0O

The calf was born with two heads and three eyes in Odisha’s Nabrangpur. Shortly after that, locals started worshipping the animal as an avatar of ‘Maa Durga’.

The calf, born to a cow owned by Dhaniram, a farmer of Bijapur village of kumuli panchayat in Nabrangpur District thoroughly surprised the farmer and his family. Take a look at the video if you don’t believe us:

“The calf is having trouble drinking milk from its mother, so we have to purchase milk from outside and feed her,” Dhaniram’s son told India Today. 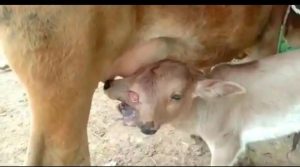