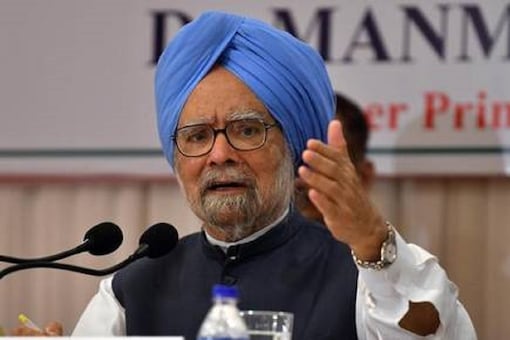 After the complained of fever and weakness, Former Prime Minister Dr.Monmohan Singh admitted to hospital

New Delhi,Oct 13: India’s former Prime Minister Dr Manmohan Singh was  taken to hospital this evening after the complained of fever and weakness.

He has been admitted to the All India Institute Of Medical Sciences in Delhi.

Earlier this year also, the 88-year-old Congress veteran and Rajya Sabha member had been admitted to hospital after he was tested positive for Covid-19 during the second wave of infections.

There are some unsubstantiated rumours with regards to former PM, Dr Manmohan Singh ji’s health. His condition is stable.
He is undergoing routine treatment. We will share any updates as needed. We thank our friends in media for their concern.

Soon after news of Dr Singh’s hospitalisation came, political leaders cutting across party lines took to Twitter to wish him a quick recovery.

Praying for quick recovery and good health of former Prime Minister Dr. Manmohan Singh Ji who has been admitted to AIIMS.

Congress’s national spokesperson Abhishek Singhvi tweeted, “Concerned about the well being of Dr. Manmohansingh, as he gets admitted to AIIMS due to emergency health situation. Praying for his speedy recovery and good health.”

He was sworn as a Prime Minister in 2009 at Rastrapati Bhavan.