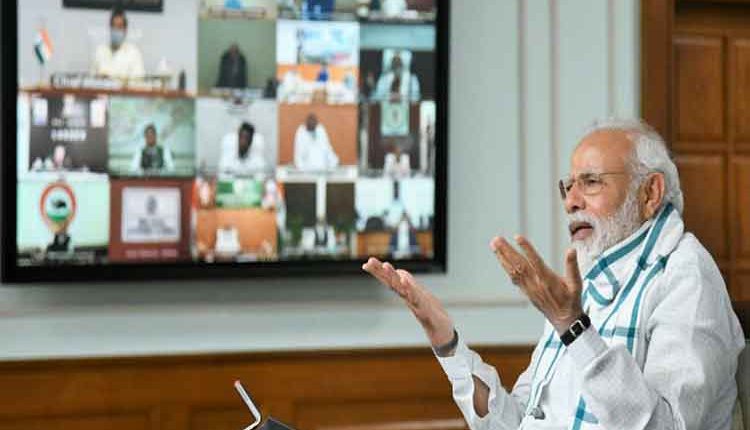 Anywhere for those who betray country and its people there shouldn’t be a save place for them. Prime Minister Narendra Modi said on Wednesday

Addressing a joint conference of the Central Vigilance Commission (CVC) and the Central Bureau of Investigation (CBI) in Gujarat, PM Modi said ‘no mercy‘ should be shown to people who ‘deceive the nation‘.

‘Today the nation believes regardless of how strong the people who deceive or loot it may be, no mercy is shown to them, wherever they may be. The government will not spare them,’ PM Modi said.

He also highlighted the work done by his government in tackling corruption. PM Modi said it was because of the work done in the last 6-7 years, that people are able to enjoy all the benefits of government schemes without middlemen.

Deep-rooted corruption was not addressed in the past as previous governments lacked the ‘political and administrative’ willpower to do so, the Prime Minister said. ‘ Today there are political will to come down heavily on corruption. Continuous improvements are also being made at the administrative level,’ PM Modi added.

He went on to hail what he calls a ‘New India’, which is increasingly relying on digital tools to clamp down on corruption. ‘With modern thinking India of 21st-century stresses upon using technology for humankind’s welfare,’ the Prime Minister said. ‘New India innovates, initiates, implements. New India isn’t ready to believe that corruption is part of system. It wants transparent system, efficient process, smooth governance.’