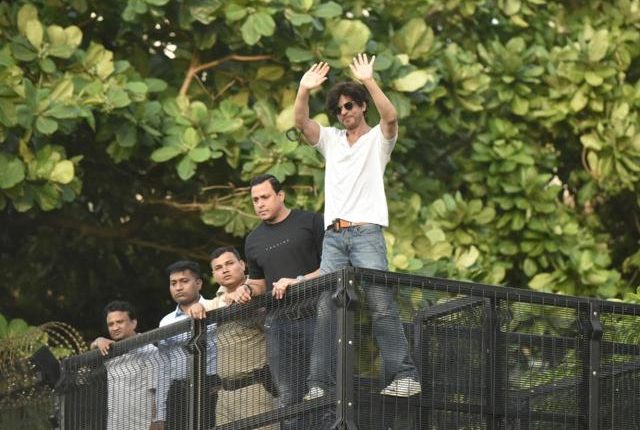 Bollywood Superstar Shahrukh Khan’s family is feeling hopeless, So he may be requesting fans not to gathered outside Manmat on his ‘Birthday’

Superstar Shah Rukh Khan has put all his filming schedules on hold, after the arrest of his son Aryan Khan. The actor on Thursday morning visited Aryan in Arthur Road jail Mumbai after his bail was rejected by a sessions court.

While fans are opening Aryan’s bail plea is accepted by the High Court on October 26, a new report has revealed that the family is feeling hopeless

A close friend of the family told Bollywood Hungama that given the hard times, SRK will be requesting his fans not to gather outside Mannat in the coming weeks. As the SRK’s birthday is on November 2 and given the festival season is also ahead, the family is more focused on bringing Aryan back home.

“Not just Shah Rukh’s birthday, Aryan’s birthday is also coming up (on November 13). The thought of Aryan spending his birthday in jail is giving all of us panic attacks,” the report quoted a family friend of the Khans.

In an old interview, Shah Rukh had talked about sharing a birthday month with his son. He affectionately mentioned said, “And my son Aryan is also a Scorpion, just like us. We scorpions are known to be strong and resilient.”

Notably, Aryan Khan has spent 18 days in jail and will be spending another five days until the court hearing on October 26.

According to India Today reports, Aryan was upset after finding out that his bail has been rejected. He reportedly “went to a corner inside the barrack and has not spoken to anyone since.”