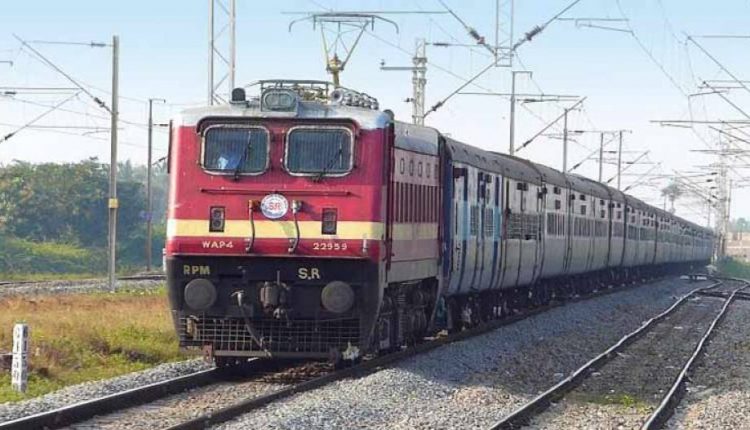 Guwahati, October 21: Being Guwahati is the largest city and gateway of northeast India, NRF has brought under the electrified rail network,on October 21 with the first train – a parcel van reaching Kamakhya station from New Cooch Behar in West Bengal.

Kamakhya station is located on the western edge of Guwahati and about 6 km from the central Guwahati railway station.

Northeast Frontier Railway (NFR) officials said the arrival of the parcel van at Kamakhya station was a major step towards the electrification of all the main and branch lines across the region. This would also translate into huge savings for NFR, one of the costliest zones for Indian Railways because of expenditure on diesel locomotives and maintenance of tracks and railway facilities on tough tarrain.

With the completion of railway electrification and commissioning of the section up to Kamakhya, trains will now come directly from New Delhi and Kolkata on electric traction without change of locomotive en route,” NFR spokesperson said.

So far, 1,701 track km has been electrified on the NFR by the Central Organisation for Railway Electrification and Rail Vikas Nigam Limited.

Railway officials said the electrification work had expanded east of Guwahati to central Assam’s Lumding, about 180 km away. The section was likely to be energised by March 2022.