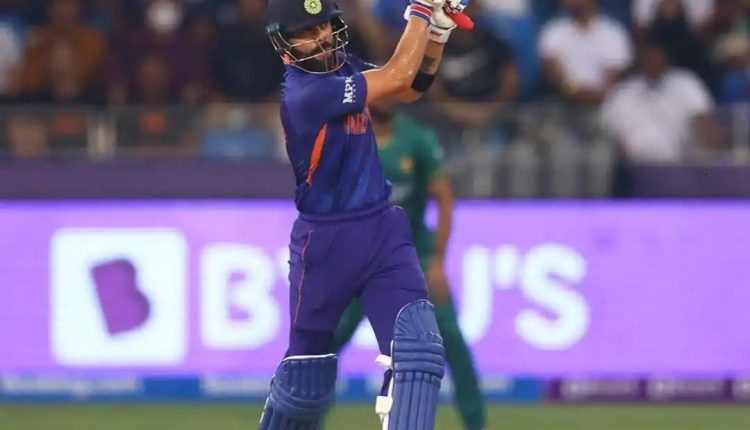 Dubai: One of the most popular India’s cricketer Virat Kohli has faced a lot of media scrutiny in recent times, but when India needed him the most – he came good.

On sunday against Pakistan in Dubai, Kohli came in to bat after Rohit Sharma perished for a golden duck.

Kohli saved the day as he scored 57 off 49 balls to help India post 151 for seven. During his 49-ball stay, Kohli became the 1st batter to score 500 runs against Pakistan in ICC limited-overs tournaments. Heading into the match, Kohli needed 20 runs to reach the mark.

Virat Kohli most runs against Pakistan in ICC tournaments

The India captain averages over 100 against Pakistan in ICC tournaments and has a hundred and 4 fifties to show for.

Kohli’s runs did not come at a flying tempo, but he did just what was needed after India was pegged back in the powerplay by Shaheen Afridi’s double strike. Kohli’s knock was laced with five boundaries and a six. He was eventually dismissed as a slower bouncer from Afridi. Kohli edged it and was out.