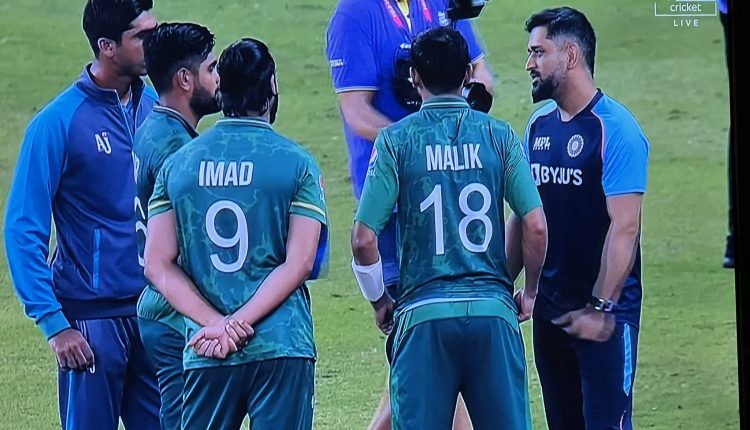 Dubai: MS Dhoni who is most popular celebrety among cricketer’s has retired from international cricket, but his popularity has not sink – even today, Dhoni – who is currently the mentor of the Virat Kohli-led Indian team – congratulated Pakistan players in Dubai after the 10-wicket win.

It was a clinical show from Pakistan which helped them win their first-ever game against India in a World Cup.

Good to see these pictures and moments coming out.
Both MS Dhoni and @imVkohli maintained grace even in face of defeat.
Also, Pakistani players should be appreciated for interacting with one of the best cricketing brains even after winning and not being cocky about it. pic.twitter.com/6ovBB7bQID

Dhoni is the most successful captain of India ever. He has led India to two World Cup titles one in the 2007 T20 World Cup and then the 2011 World Cup.

India would now hope to bounce back to winning ways in their next game and keep their knockout hopes alive.

“This was the team’s effort, and the early wickets were very helpful. It gave us a lot of confidence and our spinners were very good as well. We applied our plans and got the results,” Babar Azam said at the post-match presentation after the win.