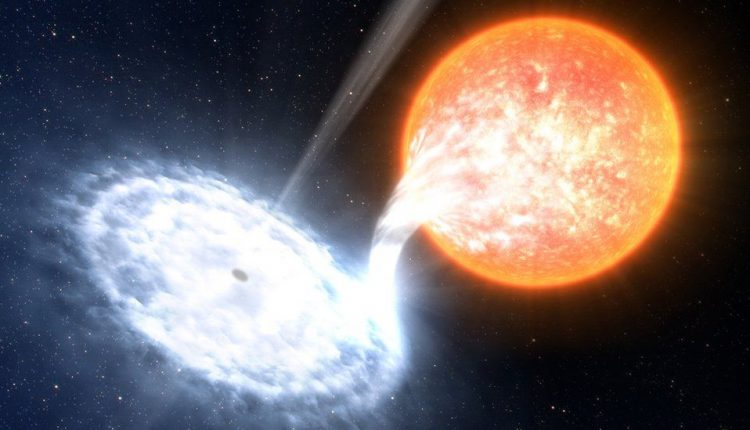 NASA discovered first ever planet outside our galaxy.

For the first time, signs of a planet transiting a star outside of the Milky Way galaxy may have been detected by some scientists of NASA . The Chandra X-ray Observatory tweeted on Monday “Chandra scientists have found the first possible planet candidate outside of our galaxy! Located about 28 million light years from Earth in galaxy M51, it’s thousands of times farther away than all the other exoplanets detected in our Milky Way,”

According to space researchers, nearly 5,000 “exoplanets” ( worlds orbiting stars beyond our Sun) have been found so far, but all of these have been located within the Milky Way galaxy. But hopefully this time the possible planet signal discovered by Nasa’s Chandra X-Ray Telescope is in the Messier 51 galaxy. This is located some 28 million light-years away from the Milky Way. Scientists said that this new result is based on transits, where the passage of a planet in front of a star blocks some of the star’s light and yields a characteristic dip in brightness that can be detected by telescopes. The team members used this technique to detect the exoplanet candidate in a binary system called M51-ULS-1. The first exoplanet discovered was in 1992 and, since then, most exoplanets found have been less than 3,000 light-years from Earth. But M51-ULS-1b, orbiting 28 million light-years away, would be the first exoplanet ever found in another galaxy.

“We are trying to open up a whole new arena for finding other worlds by searching for planet candidates at X-ray wavelengths, a strategy that makes it possible to discover them in other galaxies,” Di Stefano, from the Harvard- Smithsonian Center for Astrophysics in Cambridge, US told BBC News.

Why people Going to Regular Gym are at higher risk of heart attack? Here is what top cardiac surgeon says