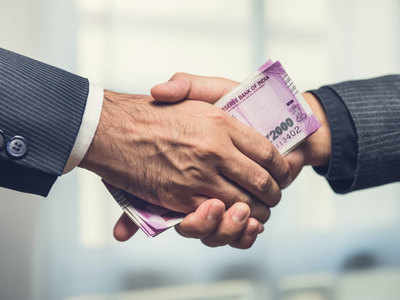 A police constable found to be a crorepati,worth Rs 4.37 crore recovered

Madhya Pradesh: Changing the government of Madhya Pradesh into corruption free is underway, the campaign to crack down on corrupt policemen and officers is in progress. In the latest case, in a case of disproportionate assets, the Jabalpur Lokayukta has taken a big action and disclosed the property and assets worth crores.

The team that conducted the raid got so many vehicles during the action that they could not believe at first that how a police constable can earn so much of ‘Black Money­’.

This action of Lokayukta took place at the house of Sachchidanand Singh, who was posted as head constable in MP Police. While raiding the house and farmhouse of the accused policeman, the team has recovered property and 14 vehicles worth about Rs 4.39 crores. Let us tell you that Sachchidanand Singh is currently posted at Tilwargat Police Station. This action taken on the crorepati constable has created a stir in the department.

As per the report published in the Times of India, the officials who conducted the raid said that their team has also found properties, farm houses, vehicles, agricultural land, jewellery, 14 vehicles and other essential items worth Rs 4.39 crore during the raid.

The 25-member team led by Deputy Superintendent of Police JP Verma conducted the raid and found this much property.

According to the Lokayukta team, assets worth Rs 4,39,56,600 have come to light. At the same time, further investigation in this matter is on.

Even after continuous action in Madhya Pradesh, the spirits of the bribe-takers are high. Recently, in Damoh, the Lokayukta team had arrested two government employees red-handed while taking Bribe.

Be it the police in any state, cases of corruption keep coming to the fore in this department. About two months ago, after getting the inputs about a Bihar Police constable being a crorepati when the team of Economic Research Wing (EOU) conducted a raid, the officers present there were also shocked. Raids were conducted at 9 locations of Constable Narendra Kumar Dheeraj, the provincial president of Policemen’s Association.