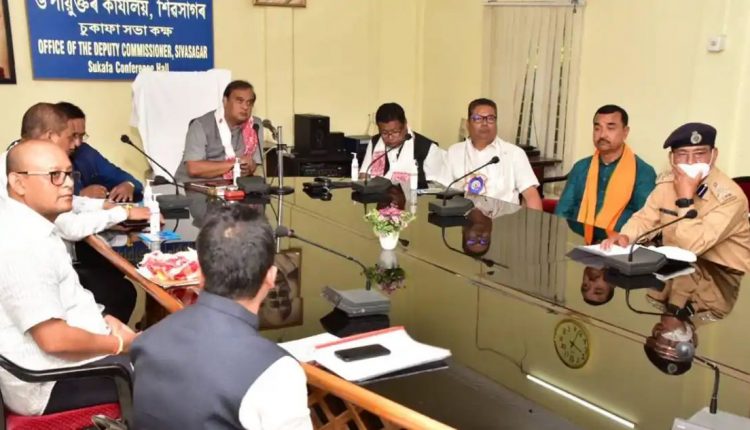 Assam CM Dr.Sarma orders SP’s to clear all the pending cases since 2020

On Saturday Assam Chief Minister Himanta Biswa Sarma asked the state police to clear all unsettled pending cases since March 2020 or earlier by March next year.

The chief minister hold a meeting with the police officers of Sivasagar and Charaideo districts at Siu-Ka-Pha conference hall of DC office, Sivasagar and took stock of the law and order situation of the districts.

He directed the officials to apply non-bailable sections in case of heinous crimes and file chargesheet within three months.o

Himanta Biswa Sarma also asked to ensure timely disposal of PVR and passport verification reports, besides ensuring that no poor people are harassed by the police