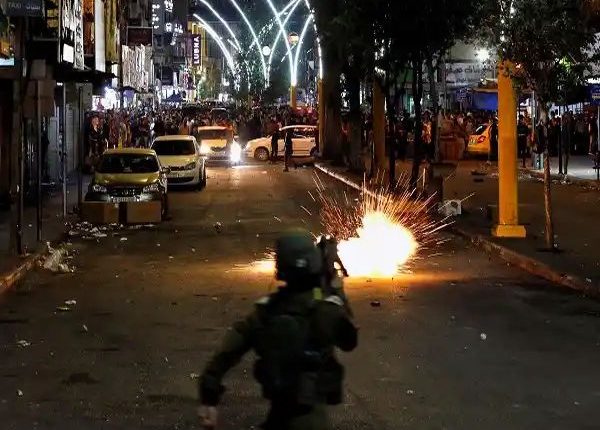 At least a total of 46 Palestinians have been injured in clashes with Israeli armed forces in the vicinity of the city of Ramallah in the West Bank, the WAFA news agency reported on Thursday, citing the Palestinian Red Crescent.

Of those 46, 26 were injured after inhaling tear gas fired by Israeli soldiers, 14 as a result of rubber-coated metal bullets and six as a result of falling, the news agency added.

One of those injured was hospitalised, WAFA said.

The relations between Israel and Palestine have been shattered for decades, since Palestinians seek diplomatic recognition for their independent state on the territories of the West Bank, including East Jerusalem, which is partially occupied by Israel, and the Gaza Strip.

The Israeli government refuses to recognise Palestine as an independent political and diplomatic entity, and builds settlements in the occupied areas, despite objections from the international community with the United Nations at the helm.