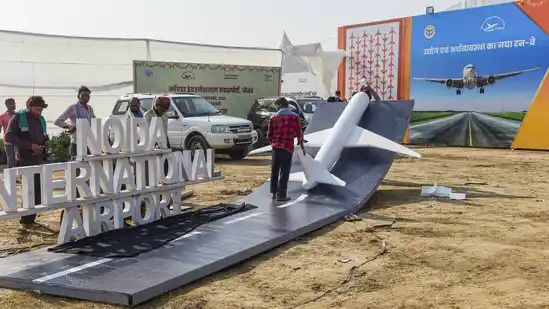 On Thursday the Prime Minister Narendra Modi will lay the foundation stone (bhoomi pujan) for Noida International Airport in Gautam Buddh Nagar’s Jewar the event will starts at 1pm.

According to the Prime Minister’s Office (PMO), the airport is strategically located and will serve the people of cities including Delhi, Noida, Ghaziabad, Aligarh, Agra, Faridabad and neighbouring areas.

After it’s completion, it will make Uttar Pradesh the only state in India to have five international air transit hubs.

Here is everything you need to know about the airport:

• The airport is spread over more than 1300 hectares of land.

• It is a greenfield airport that will be constructed in four phases. The first phase will be operational in 2024. The project cost of phase 1 is ₹8,916 crore.

• The Jewar airport will be located 72km from the Indira Gandhi International Airport in Delhi and 40km from Noida.

• It is being conceived as a ground transportation centre that will feature a multimodal transit hub owing to its proximity to the existing Yamuna Expressway and the Eastern Peripheral Expressway and will also be linked to Delhi-Mumbai Expressway at Ballabhgarh in Haryana’s Faridabad district.

• Uttar Pradesh chief minister Yogi Adityanath said that only two airports were functional in Uttar Pradesh till 2017 but now, with the Centre’s regional connectivity scheme also coming into play, there are nine functional airports in the state.

• After reviewing the preparations for PM Modi’s visit on Tuesday, Adityanath said the new airports are being planned near Sonbhadra, Chitrakoot, Lalitpur, Azamgarh and Shravasti.