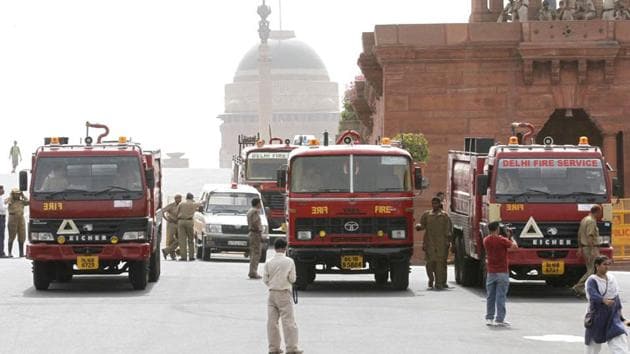 Fire breaks out inside the Parliament premises in New Delhi

New Delhi,December 1: Today at India’s National capital inside parliament premises the fire broke out on Wednesday this morning.

According to Delhi Fire Department, the fire broke out in Room number 59 of Parliament at around 8 am today.

However, the fire has been put under uber control.
The winter session of the Parliament commenced on Monday and is likely to be concluded on December 23.

With input from (ANI)