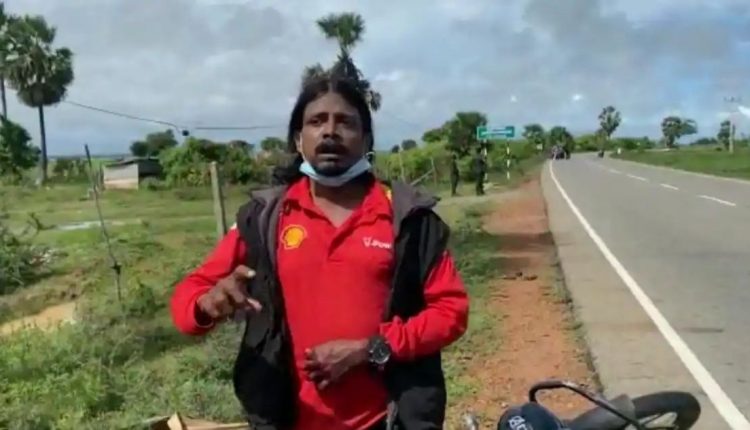 Tamil journalists are accused of attacking by group of Sri Lankan soldiers , who was recording the commemoration of Lankan Tamils who lost their lives in the LTTE’s (Liberation Tigers of Tamil Eelam) final battle with the government troops in 2009.

On November 27, Vishwalingam Visvwachandran was reportedly recording scenes at the event on his camera.

As he was walking towards a board to record the name of the place, Visvwachandran was allegedly attacked by Sri Lankan soldiers stationed on the spot.

In a video, Vishwalingam Vishwachandran claimed that a few soldiers began to attack him even before asking what he was doing there. He further alleged that he was chased by the Lankan soldiers.

Journalists from several countries as well as from Sri Lanka’s Mattakalappu, Mullaitivu, Colombo, and Jaffna condemned the attack on the Tamil journalist.

Meanwhile, Mullaitivu Police have arrested three soldiers in connection with the attack and an investigation has been initiated.