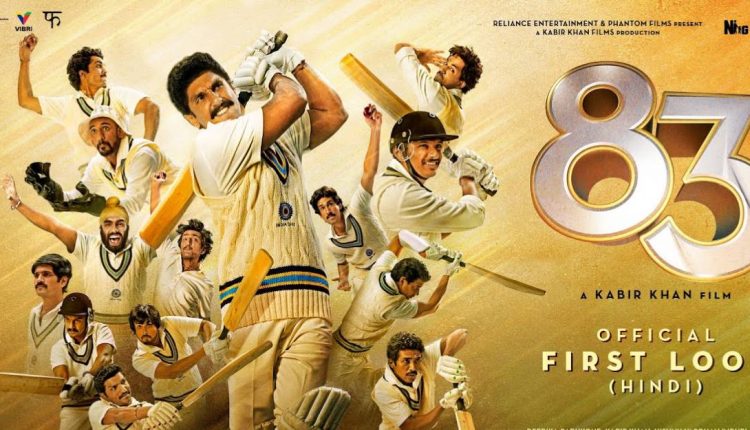 AZIR KHOBOR, December 8:  Mobil, a leading brand of engine oil in India has partnered with the most awaited movieof the year ’83’, that is set to hit the silver screens this Christmas. India will relive the historic win at the 1983Cricket World Cup through this sports drama. The movie is sure to stir patriotic fervour across the country. Ranveer Singh starrer ‘83’ has been making waves ever since the project was announced. Movie buffs have been eagerly waiting for the movie ever since the makers confirmed that it will release in the theatres.

The film will showcase the journey of 14 inspired men throughout the 1983 World Cup tournament, and the historic win under Kapil Dev’s captaincy.

Mobil is the official engine oil partner for the film. This association is one amongst several initiatives under the brand’s ‘Farak Laakar Dekhiye’ campaign, encouraging audiences to make a difference and see the change.

Commenting on the association, Deepankar Banerjee, CEO, ExxonMobil Lubricants Pvt Ltd, said, “We feel extremely proud to be associated with the movie ‘83. Mobil has been a strong proponent of making a difference and bringing change in society through our ‘Farak Laakar Dekhiye’ campaign. India’s world cup triumph in 1983 made a difference not just to Indian cricket and sports but also at one level to the national confidence and optimism. This December, we will celebrate the retelling of India’s triumph. This cricket plus movie combination gets the Indian pulse racing and will help us connect better with Indian consumers, trade partners, and employees.”

“I thank Mobil for their support and are pleased to have them as the Official Engine Oil Partner for the film. ’83 celebrates an iconic milestone that brought about a positive change in Indian cricketing history. This is in tune with Mobil’s ethos of Farak Laakar Dekhiye, making them a natural partner in this celebration,” said Kabir Khan, Director, ‘83. 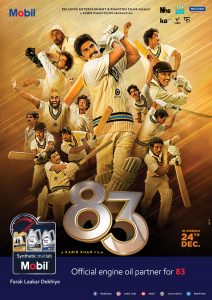 Reborn of the Legend Royal Enfield Classic 350 with Dynamic Look.