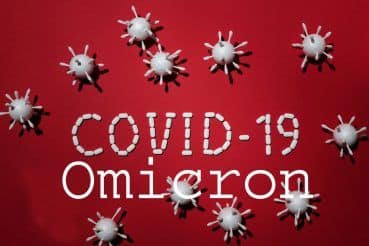 India has reported 25 cases of the Omicron variant , although all the patients are showing mild sign

On Friday Union Health Ministry’s Joint Secretary Lav Agarwal said India has reported 25 cases of the Omicron variant of COVID-19 but none of the patients have reported severe symptoms, amid global alarm over the new strain of the corona-virus.

The Joint Secretary also added that the symptoms in all detected cases are “mild” and account for 0.04 per cent of the total variants detected.

While addressing a health briefing, Agarwal said, “Overall 25 Omicron cases in the country so far. All detected cases have mild symptoms. Less than 0.04 per cent of total variants detected.”

Pressing on the need to strictly follow the COVID Appropriate Behaviour (CAB), Agarwal said, “World Health Organisation (WHO) has highlighted that the public health measures should be abided by on a continual, besides vaccination. Adequate precautions have to be followed…Laxity in public health measures is leading to a surge in cases in Europe.”

Further, he said that only two countries had reported Omicron cases till November 24, which has now risen to 59 countries.

“These 59 countries have reported 2,936 Omicron cases. Besides this, 78,054 probable cases were detected- their genome sequencing is underway,” Agarwal said.

Talking about overall COVID-19 cases in India, Agarwal informed that the overall positivity rate was at 0.73 per cent in the last week.

He also added that less than 10,000 cases have been reported in India in the last 14 days; of which the active cases were highest in two states- Kerala and Maharashtra with over 43 per cent active cases in the former and over 10 per cent in the latter.