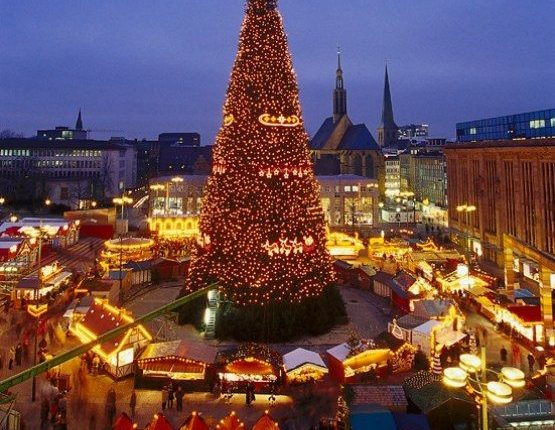 Park Street in Central Kolkata has always been at the centre of attraction every year during the Christmas season.

Last year the Christmas and New Year celebrations were suspended because of the pandemic situation, but this year when the preparations are in full swing a 54-feet Christmas tree has become the main attraction.

The Christmas tree erected at the Apeejay House lawn in Park Street, the heart of Kolkata Christmas Festival is a 50-foot-tall with a four-foot star at the top and it is the tallest in the city so far. The tree is 30-foot in diameter.

CEO of Apeejay Real Estate, Shouvik Mandal, said, “Just beside the giant Christmas tree we have placed a 7-foot-tall Santa Claus and a 7-foot -tall fairy. And when Santa is there, the reindeers have to be there too! Hence, a 7- foot-wide and 5-foot-tall installation has Santa’s fastest reindeer Dasher, followed by the affectionate Cupid and of course Santa’s favourite reindeer Rudolph with his glowing nose!”