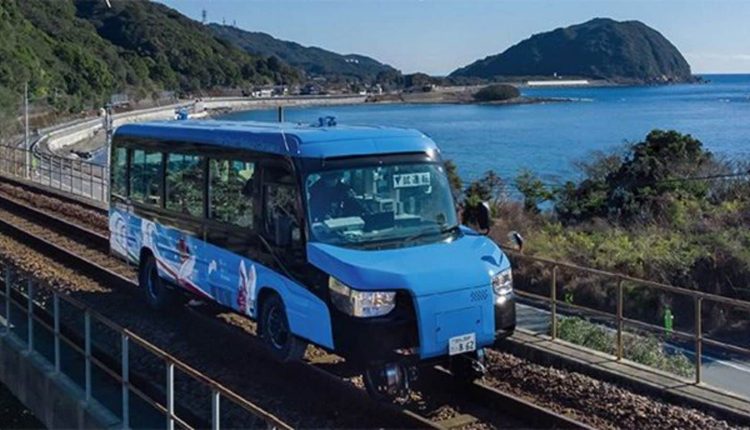 December 25: As Japan is top in the field of technology, on Saturday the world’s first dual-mode vehicle has hit the ground in the town of Kaiyo, Japan.

It is said that the vehicle can run on roads as well as rail tracks.

The DMV looks like a minibus and runs on normal rubber tyres on the road. What makes this vehicle different from the rest is, it also has steel wheels in its underbelly which descend when it hits the rail tracks.

The front tyres are lifted off the track and the rear wheels stay down to propel the DMV onto the railway. This feature of effectively changing into a train-like module easily on a rail track is the first of its kind.

According to reports, the DMV can carry upto 21 passengers and runs at a speed of 60km/h on rail tracks and can go as fast as around 100km/h on public roads.

The vehicles could help small towns like Kaiyo with an aging and shrinking population, where local transport companies struggle to make a profit,” Reuters quoted CEO of Asa Coast Railway company as saying.

Powered by diesel, the small fleet of vehicles comes in different colours. It runs along part of the coast of Shikoku island in southern Japan, connecting several small towns and offering passengers attractive seaside scenery.